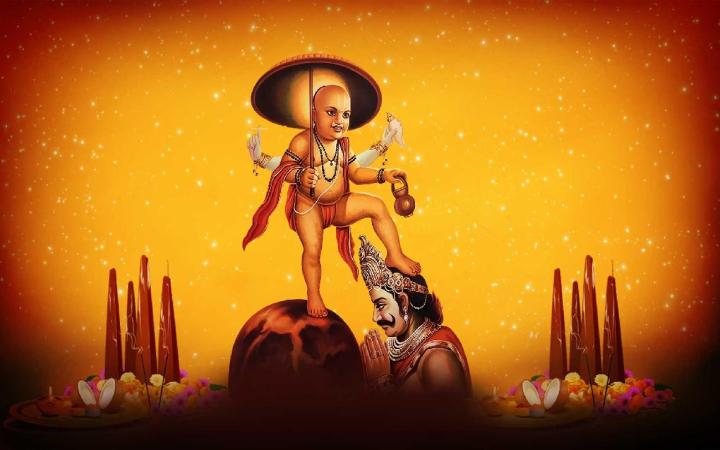 In Hindu mythology, there are three supreme gods- Bramha, Vishnu and Mahesh, known as Tridev. It is believed that Bramha is the creator of this Universe, Vishnu operates the whole universe and Mahesh destroys all the evil of the universe. They are the reason for the establishment of Dharma and remove all the evil forces. Therefore whenever evil triumphs over good and darkness spread over light then Lord Vishnu will reincarnate on earth to kill the evil and restore Dharma on earth. There are 24 avatars of Vishnu according to Bhagavata Purana and one of the avatars is yet to born. Let’s dig into to know more. 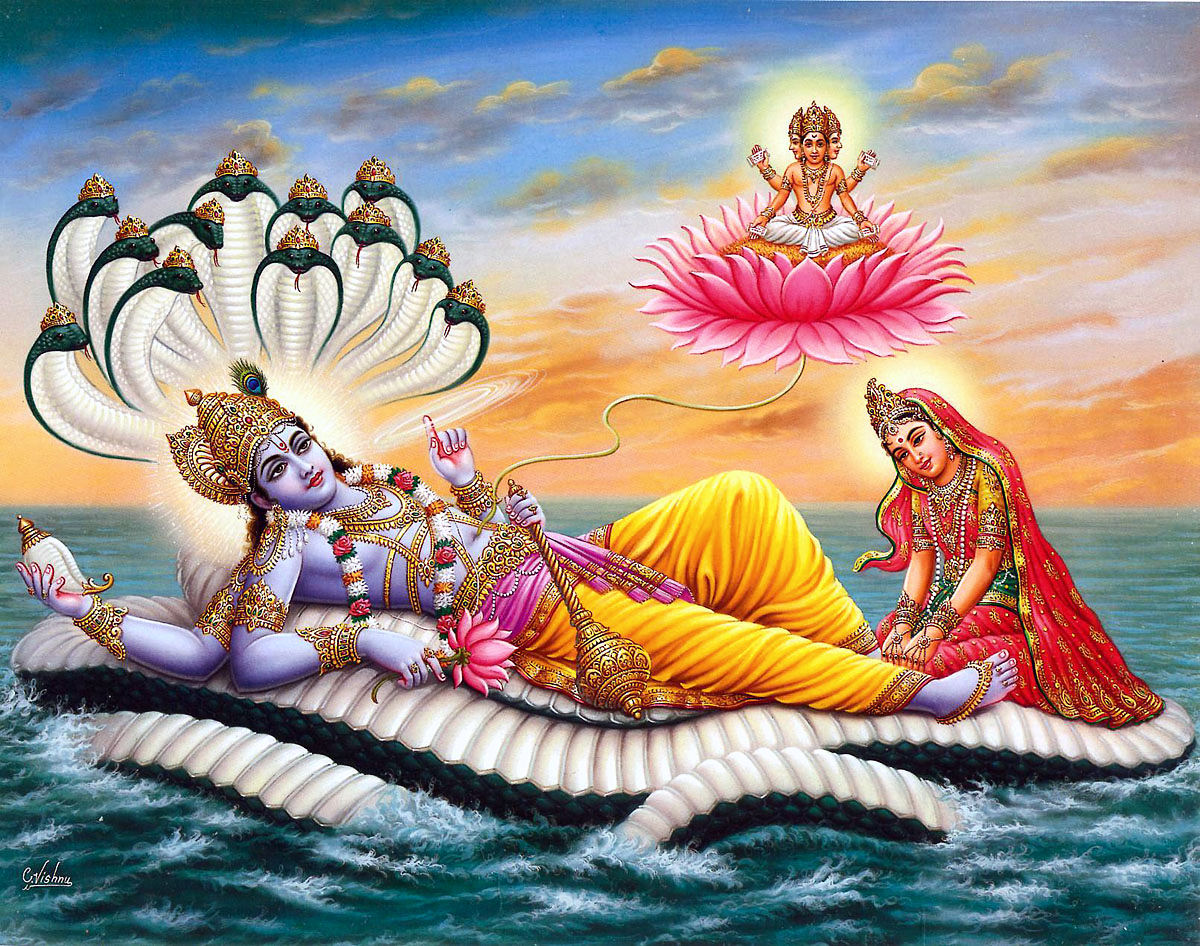 Adi Purush was the first avatars of Vishnu and is considered as the first man of this universe. According to Hindu mythology, he is depicted in yellow garments, has four hands and in one hand he has Sudarshan chakra. He sleeps on the curls of a serpent, Sheshnag. Vishnu is also considered as the main source for the creation of this universe because the Lord Bramha, creator of the universe, came into existence through his naval. 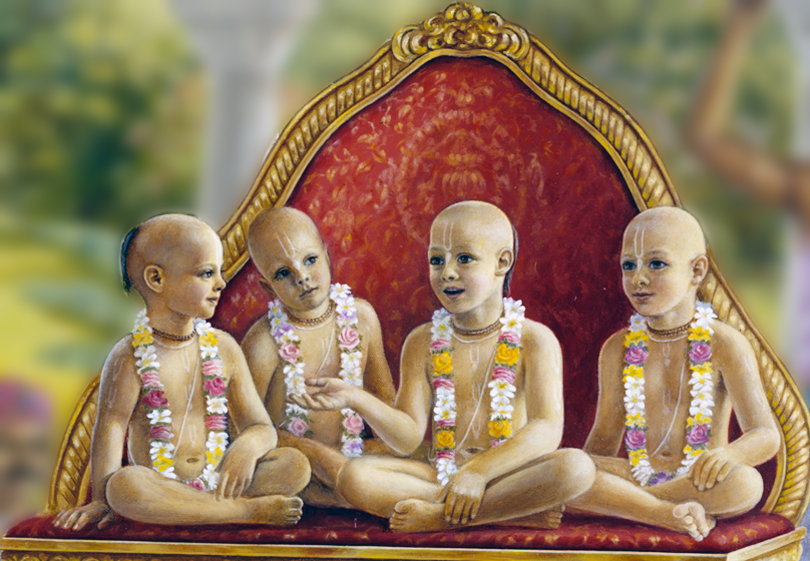 The first four conscious beings that came into existence was Four Kumars, named Sanaka, Sanatana, Sanandana and Sanat Kumar. They were created by Lord Bramha for assisting him in the creation of life. They were like infants and were really intelligent. 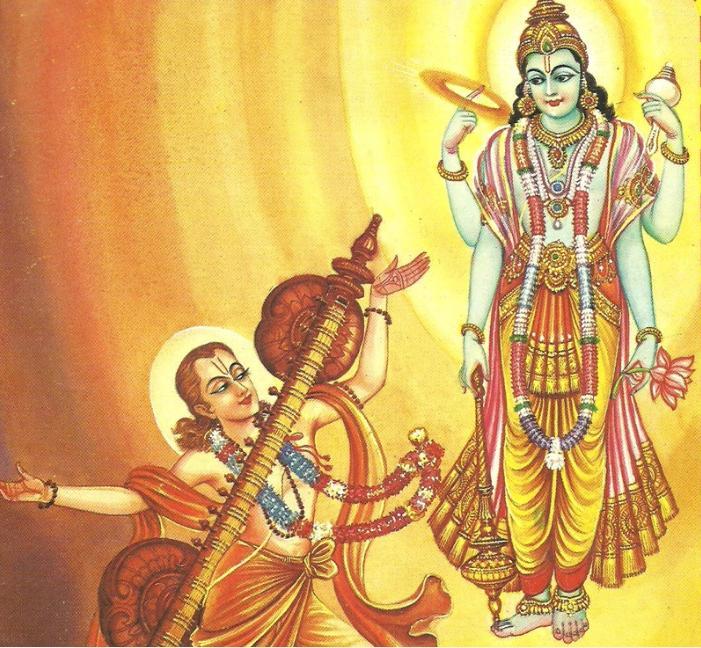 Narada is the son of Lord Bramha and is a big devotee of Lord Vishnu. He is depicted in the form of a sage who has a khartal and tambura in his hands. According to Hindu Mythology, he is a musician, a great storyteller and a messenger of God who carries news and enlightens wisdom. 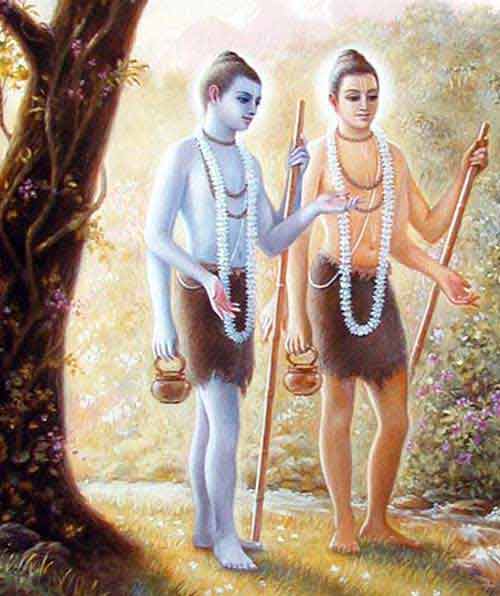 Lord Vishnu took the incarnation of two twins sage Nara and Narayana. This avatar of Vishnu came on earth to ensure the restoration of Dharma on Earth. The brothers, with their powerful meditation, overpowered Pashupathastra, a destructive weapon of Lord Shiva. The brothers were considered mighty because of their meditative power. 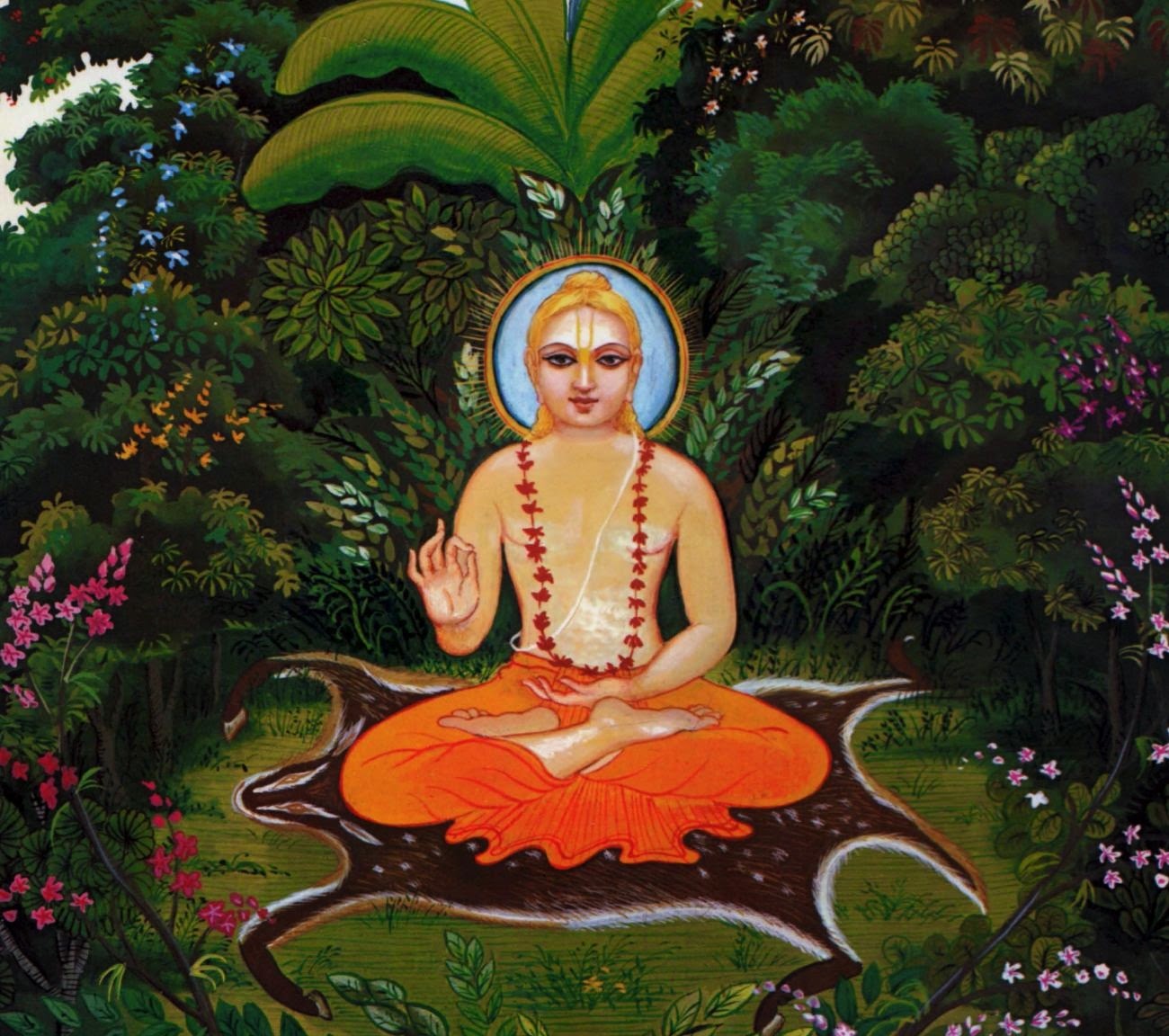 According to Hindu mythology, Kapila is described as an incarnation of Lord Vishnu. He was born on earth to restore the balance of Dharma through his teachings. Sage Kapila has also founded the Samkhya School of Philosophy. 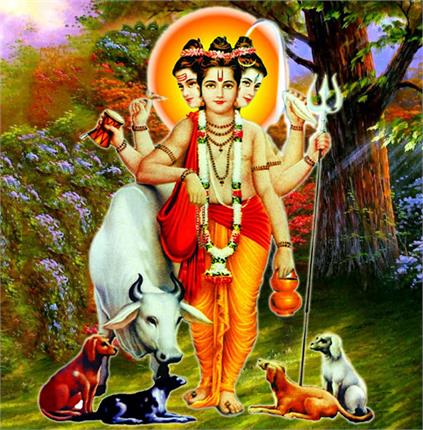 Dattatreya or Duttaguru was the son of Sage Atri and he is worshiped as a god of Yoga. He is considered as the incarnation of the Tridev and therefore known as Trimurti. In many parts of India, he is depicted as a sage and a teacher of yoga. 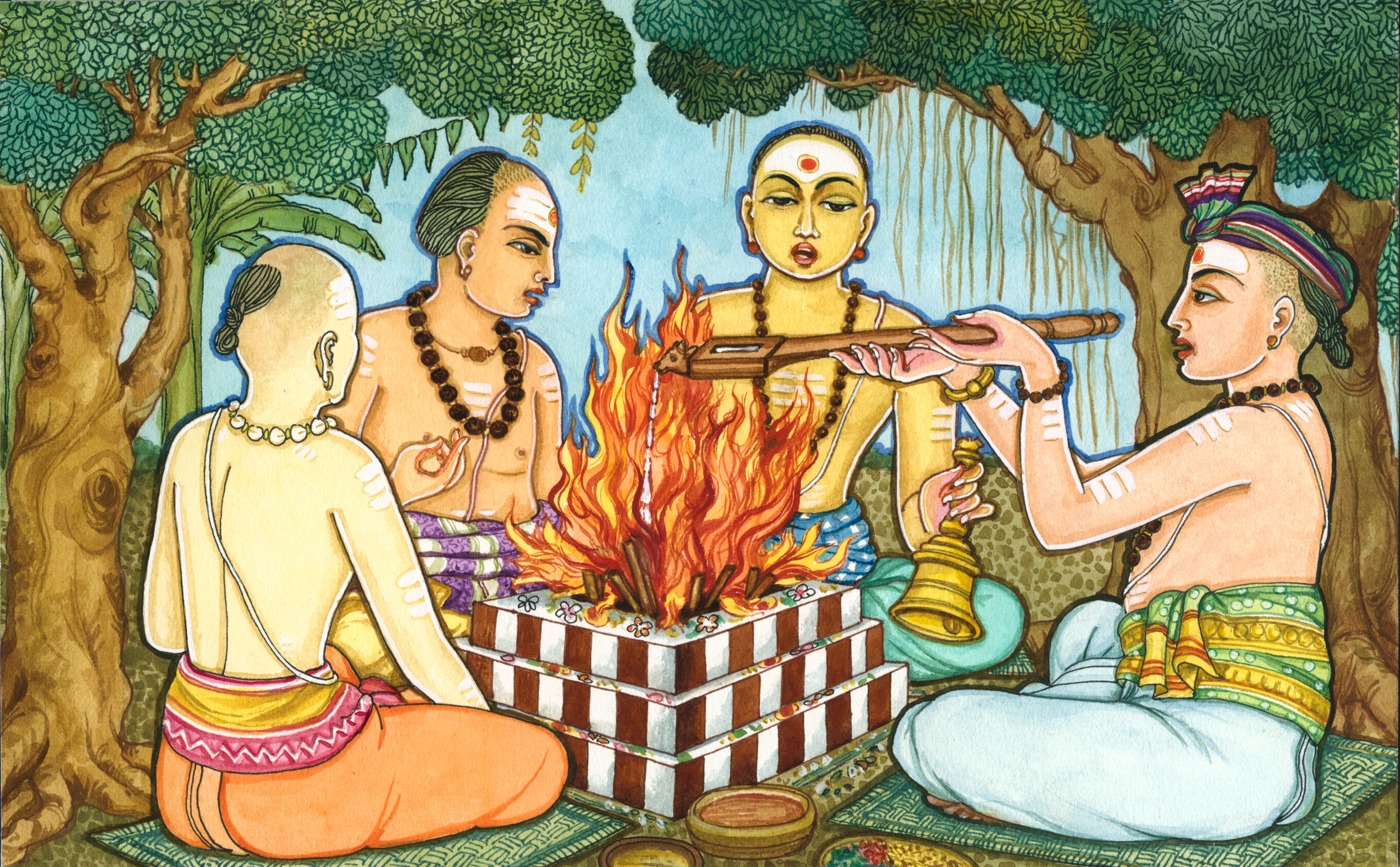 As described in the fourth chapter of Gita, Yajna or Yajneshwara, is the personification of “ritual sacrifice”. He is the God who will protect mankind at the time of crisis. Because of this, Lord Vishnu is also known as the lord of sacrifice. 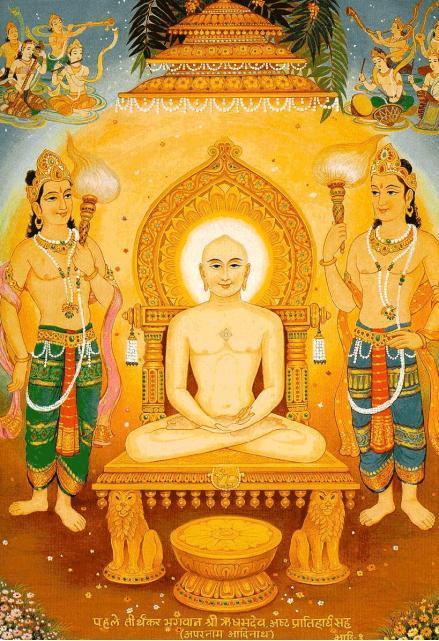 Rishabha was the founder of Jainism and he gave lessons on the true path of yoga. He knows the art of controlling the mind and anger. He is considered to be immortal and he still guides people to the path of conservation of life. 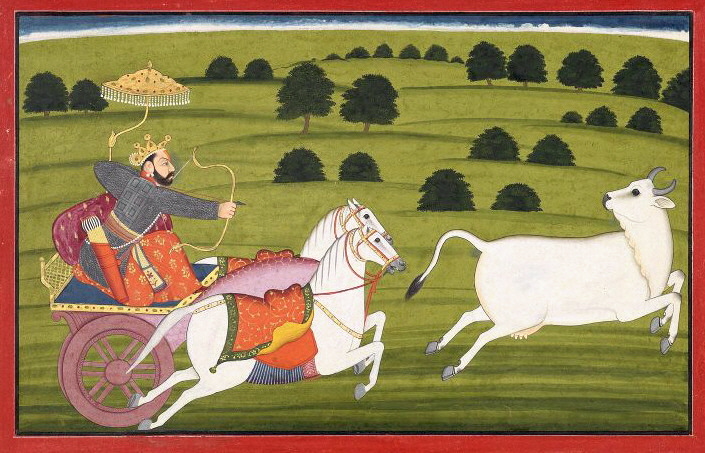 Prithu a well-known avatars of Vishnu, was the first consecrated king. He was the descendant of Dhruva was the reason for the vegetation and all the greenery on earth. Prithu was the protector of earth and its civilization. 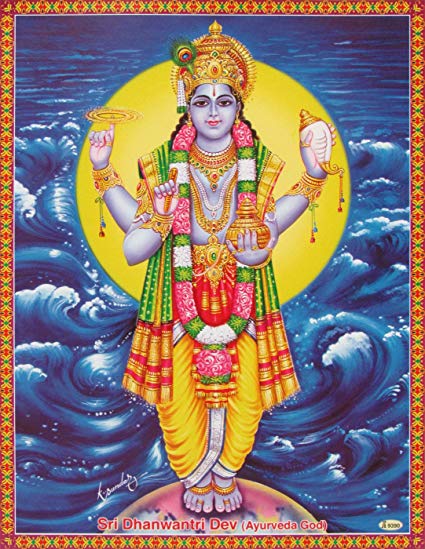 During the churning of the ocean, a god emerged from the ocean holding a pot of Amrit. He is known as Dhanvantari. Lord Dhanvantari is one of the avatars of Vishnu who is considered as the god of medicine or the god of Ayurveda. He is worshipped for gaining sound health.

Recommended Read: 21 Most significant temples in the world 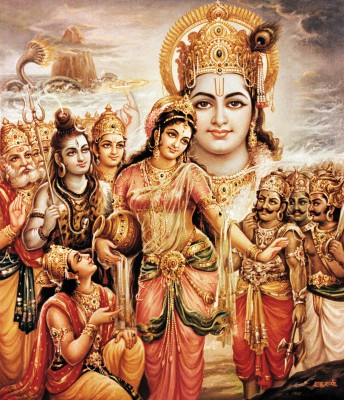 During the Samudra Manthan, when the pot of Amrit emerged from the ocean, the demons snatched the Amrit Kalash and took it away from the gods. Then Lord Vishnu took the avatar of a female named Mohini who was very beautiful and with her beauty she tricked demons into handing her the Amrit. She distributed this Amrit to all the gods but one of the demons, Rahu Ketu drank the Amrit by tricking Mohini, and therefore Lord Vishnu cuts his head of Rahu with his Sudarshan Chakra. 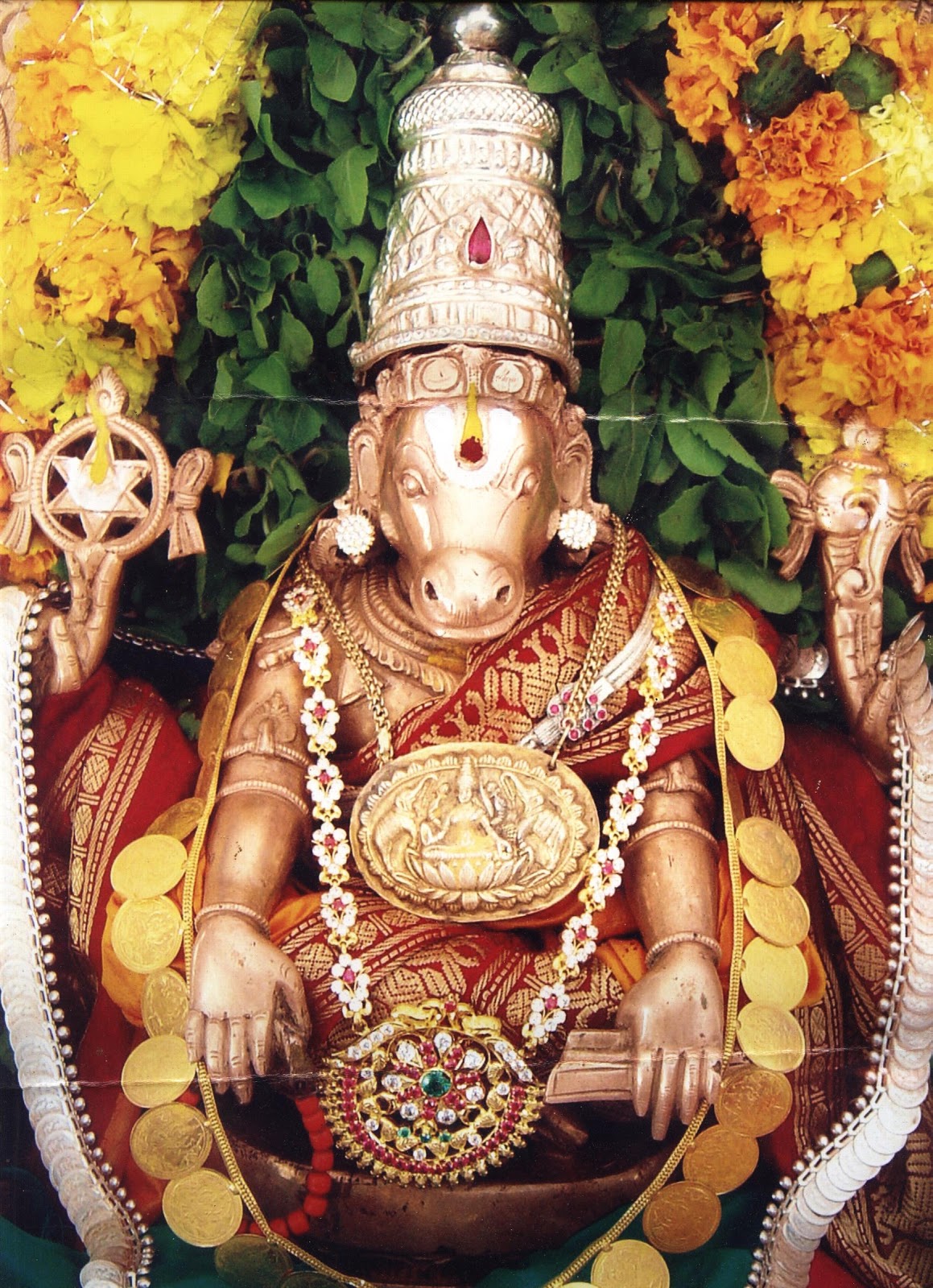 Hayagreeva is another avatar of Vishnu and has a body of a man and head of a horse. This avatar of Vishnu is white in color and wears white garments. He is the god of wisdom and knowledge. Hayagreeva came into existence because of the two demons Madhu and Kaitabha. These two demons stole the Vedas from Lord Bramha and hide it under the ocean. Lord Bramha asked for help from Lord Vishnu and then Vishnu incarnated into Hayagreeva to kill Madhu and Kaitabh and bring back Vedas. 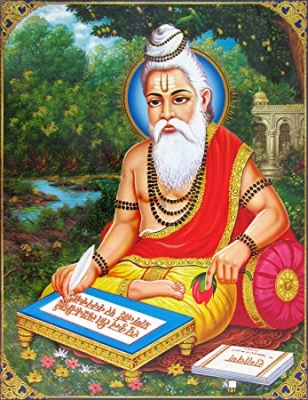 Vyaas, also known as Ved Vyaas is an immortal sage who was born in Dwapar Yug. He has classified and edited the four Vedas of the Hindu mythology. Vyaas has also written 18 Puranas including Mahabharat and Shrimad Bhagwatam. Many people consider him as an avatar of Vishnu. 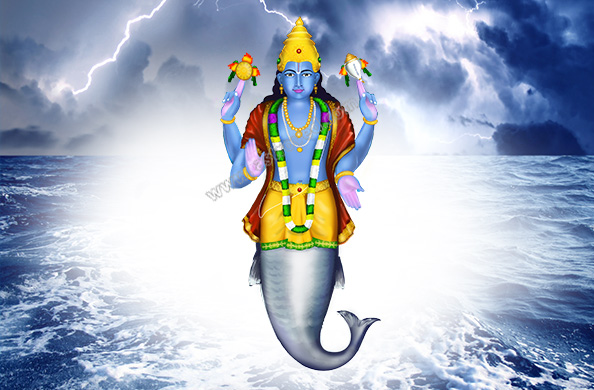 Matsya is described as the Fish avatar of Vishnu which is one of his primary avatars. He is half human and half fish. Matsya rescued Manu, the leader of the humans, and other living human being from the great flood. He advised Manu to build a great boat and save the biodiversity from the flood. 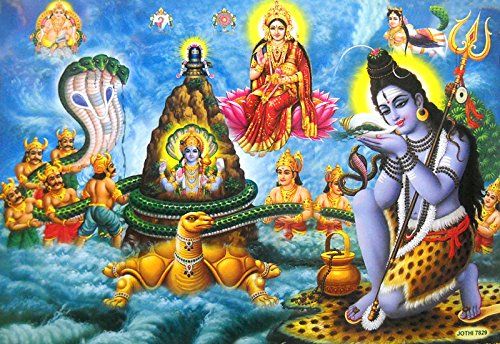 Kurma was the second avatar of Vishnu who has the body of half tortoise and half man. This incarnation appeared for the restoration of cosmic equilibrium at the time crisis. During the Samudra Manthan or the churning of the ocean, he balanced the churning stick Mount Mandara on his shell to help the gods and the demons while they churn the ocean. 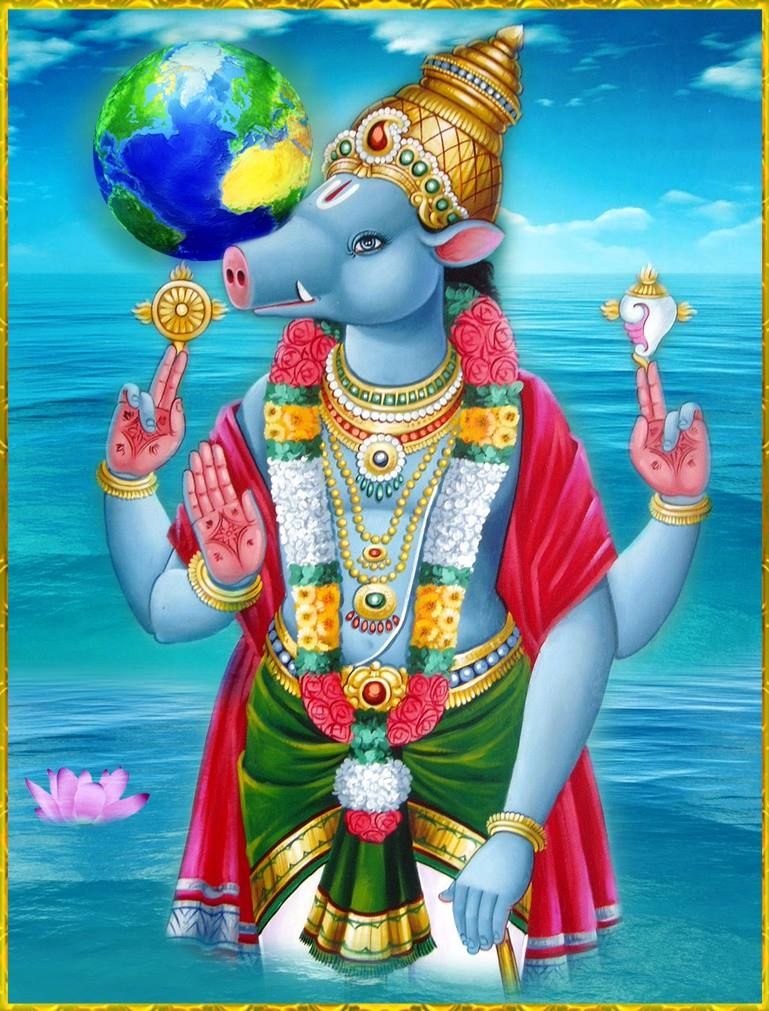 Lord Vishnu took the incarnation of a boar to rescue the goddess Earth. The Varaha avatar lifted mother earth from the ocean on his tusks when Hiranyaksha stole mother earth and hide it in the ocean. He was the third avatar in the Dashavatar of Lord Vishnu. He has the head of a boar and the body of a man. 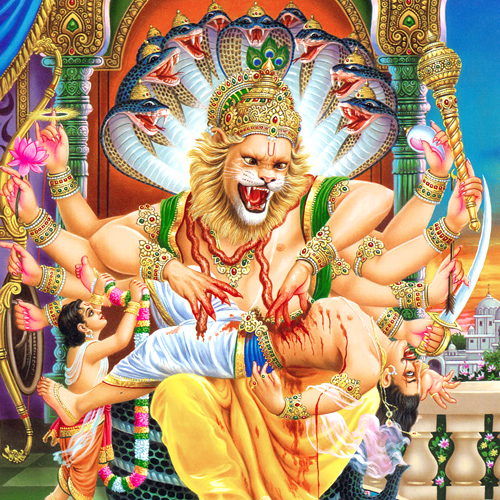 Narsimha is another avatar of Vishnu. The Lord has a human body but has a lion head. He was born to end the evil king Hiranya Kashyap and save the world and his supreme devotee, Pralaad, from his evilness. Lord Vishnu took avatar in the form of Narsimha because Hiranyakashipu got a boon that any man or woman, animal or bird cannot kill him. Narsimha killed Hiranyakashipu and restored elements of Dharma on earth.

Lord Vishnu took the avatar of dwarf Brahmin, Vamana, to restore the balance of Dharma by defeating the demonic king Mahabali. Vamana asked for three paces of land when his turn came for receiving gifts, and as it was a small request demon king Mahabali agreed to it. Then Vamana grown into a giant man and the first step he covered the earth, heaven in second and for third Mahabali offered his head, then Vamana steps on his head and sent the demon king Mahabali to Patala. Vamana was the fifth major avatar of Vishnu. 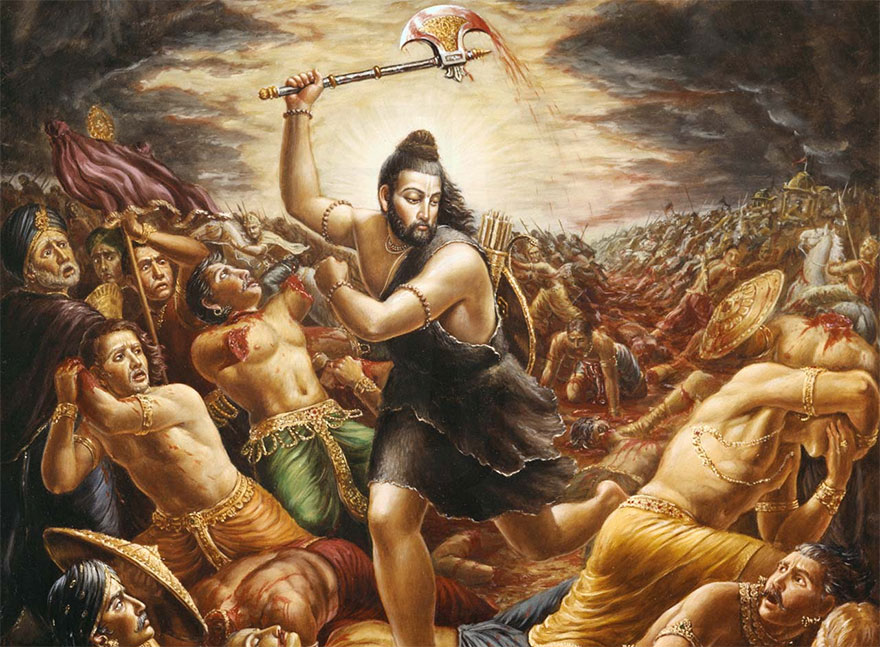 Parashurama was the 7th avatar of Vishnu and he was a Brahmin Kshatriya. He took birth to end the evil tyranny of Kshatriya kings who considered themselves as a god and uses their power against the Dharma. Parashurama was a man full of anger and always carried an axe on his hand wherever he goes. 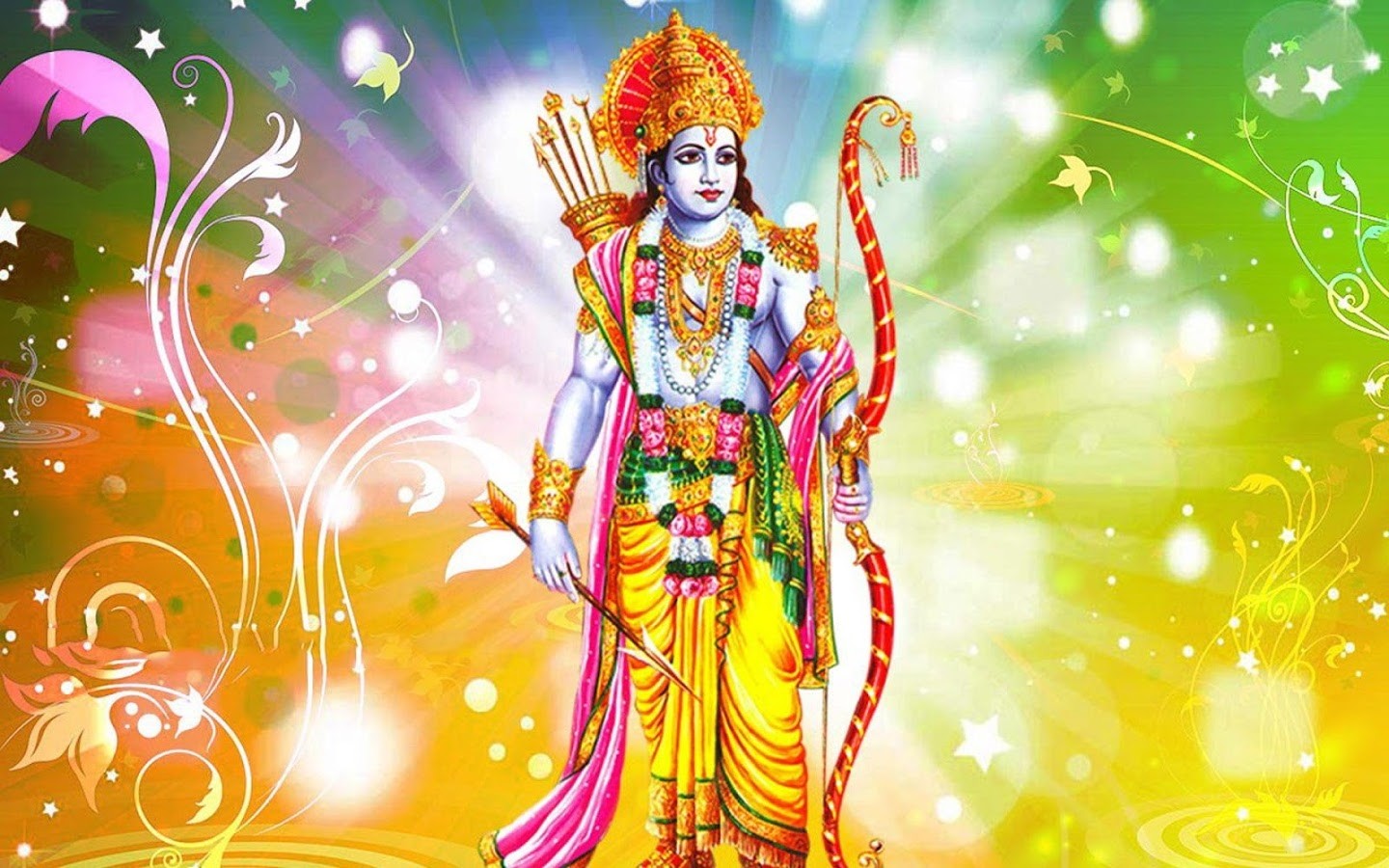 Rama was another most important avatar of Vishnu. He is also known as Maryada Purshotam Ram. Lord Rama was the son of King Dasrath and his wife was Devi Sita. He went to the jungle after his father asked him for 14 years Vanavas. In the jungle, Sita got kidnapped by evil king Ravan and then Rama killed Ravan and saved his wife from him. Lord Vishnu was incarnated as Rama to kill Ravan and restore the Dharma on Earth. 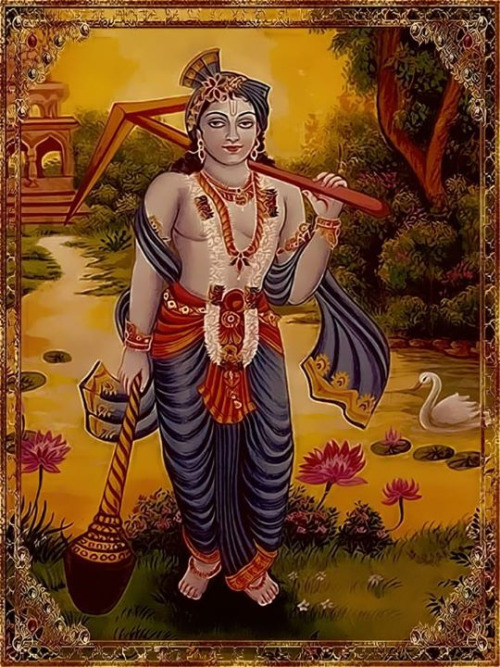 Balarama was the elder brother of Krishna. He was very powerful and was known for his strength. The Lord was the guru of Duryodhana and Bhima as he teaches them the ‘Gada’. He was basically the avatar of Sheshanag, and he was also the major part in the defeat of the Kansa. 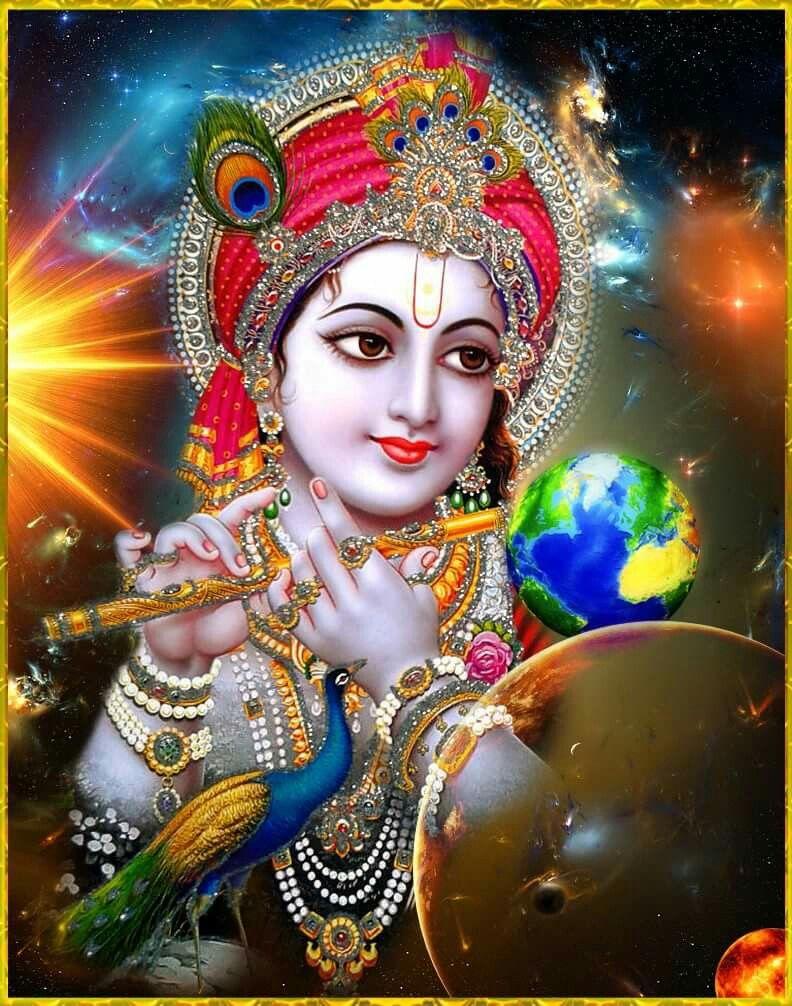 Krishna was the 8th avatar of Vishnu and he took birth on earth to kill the demonic king and his maternal uncle Kansa, he played a major role in the battle of Mahabharat. He was the advisor of the Pandavas and guide of Arjuna in Mahabharata. 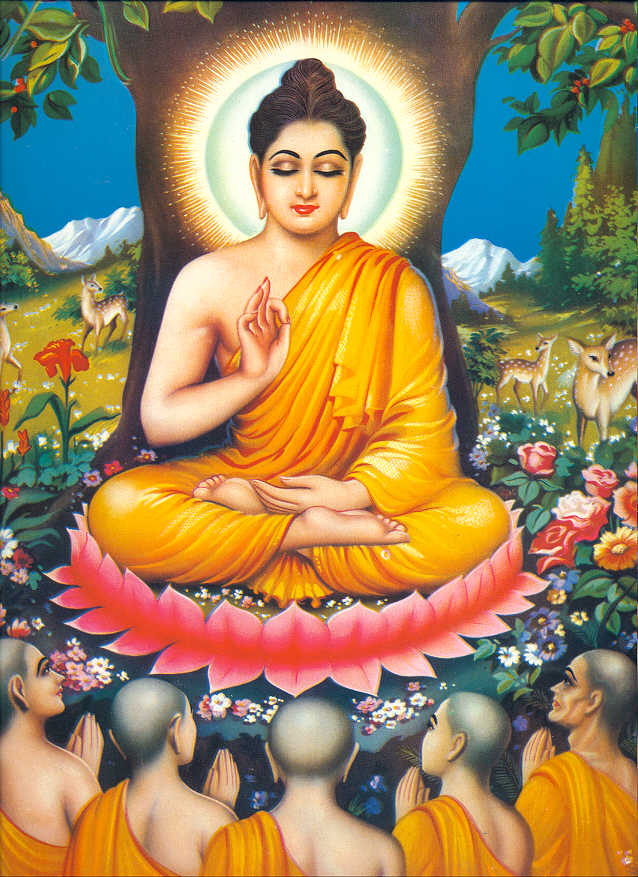 Gautam Buddha was initially known as Siddhartha Gautam, is famous as the founder of Buddhism. He is the ninth avatar of Vishnu who left his family and all the materialistic thing for finding the inner peace and enlightenment. Buddha is the latest incarnation but Buddhists do not accept him to be a Vishnu Avatar.

Kalki avatar is the one and only avatar of Vishnu that is yet to be born on this Earth. It is considered that he is going to take birth in Uttar Pradesh, India to end all the evil forces and once again restore the elements of Dharma on earth. He is believed to be a warrior by all the Hindus.

Lord Vishnu was incarnated so many times in different forms but his motive was the same all the time. He wanted to remove all the evil forces and restore the elements of dharma on earth. 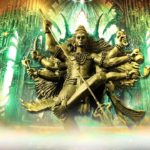