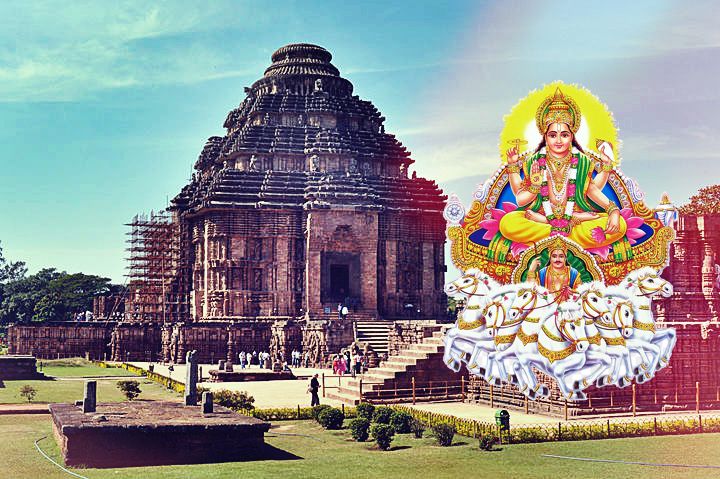 Orissa is a place full of temples and monuments but it holds many mythological mysteries as well. Most of the temples are very old and is a very special part of Indian history. One such temple is Konark Sun Temple, which is also a World heritage since 1984. Konark Temple is dedicated to the Lord Surya the Sun god is situated at the Konark village of Orissa.

History of Konark temple is quite interesting and fascinating. According to the records, it was prepared by East Ganga King Narshimhadeva as a mark of success of military over Muslim invaders in 1250 AD. It is believed that the two powerful magnets inside the temple are responsible for the power of the temple. These magnets are also responsible for hanging the King’s thrown in mid-air. 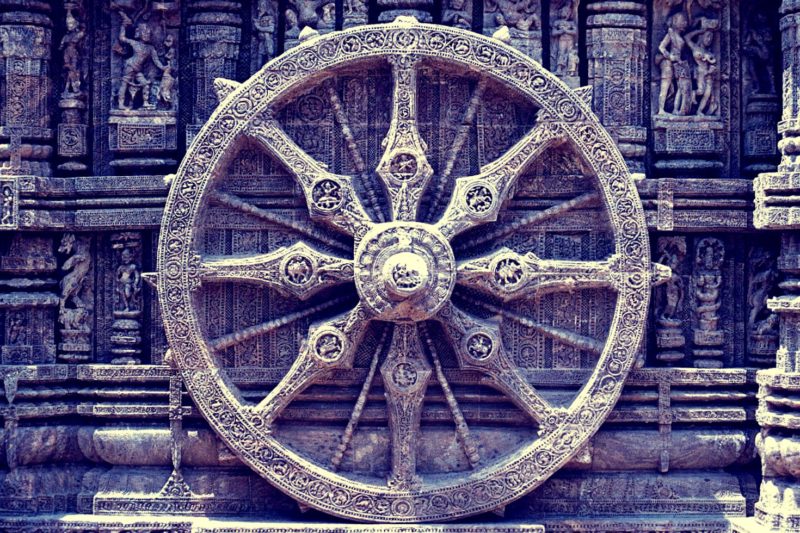 The Muslim Yavana army attacked the Konark Temple. After which, the priests smuggled the central statue from there as the temple was badly damaged. Since then the structure of the temple is destroyed to a huge extent. The salty breezes from the ocean eroded the stone and the entire temple was buried inside the sand of the sea.

They were very worried because if they would have not built the temple, then the King would have killed them. After seeing their misery the son of the head worker decided to keep the magnet on the top of the temple and successfully did it. Finally, the temple was built and it looked marvelous and was a replica of the chariot of Lord Surya. But as the magnet was very big, it started creating difficulty in the sailing of the ships. It also attracted the ships toward itself and later became a major cause many tidal effects. And for this reason, it is decided to remove the magnet from the temple. However, after removing the magnet, the structure started to decay and soon it buried inside the sand of the sea.

It had been buried under the sand until the 20th century, but after that, the British started restoring it. The British archaeologists found the remaining parts of the temple and restored it. And in order to protect the temple from strong winds, they planted some trees around it. 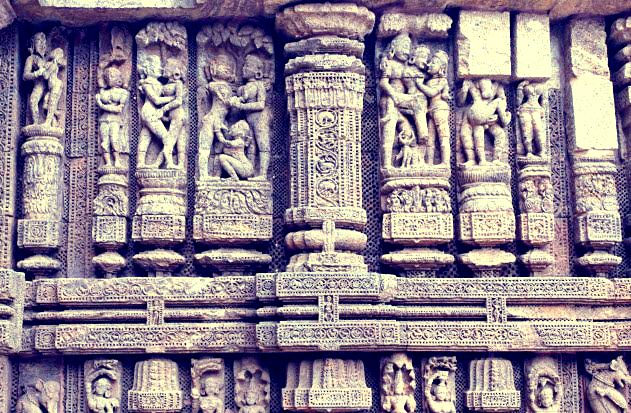 The Konark Sun temple has been restored successfully but there is still a chance that it will be bury in the sands again. Therefore, the tourists are not allowed to visit inside the temple.

Recommended Read: 21 most significant Hindu temples around the world. Check this out

The Structure Of Konark Sun Temple and its Meaning

The entire temple is made of stones. There is a huge chariot of Lord Surya with 12 pairs of stone-carved wheels and a team of seven galloping horses. It is the exact replica of the Chariot of Lord Surya. The chariot has intricate detailing of spokes on the wheels which shows the passage of time. There is a total of eight wheels in the chariot which represents the laws of this universe and the seven horses depict the seven days of the week. 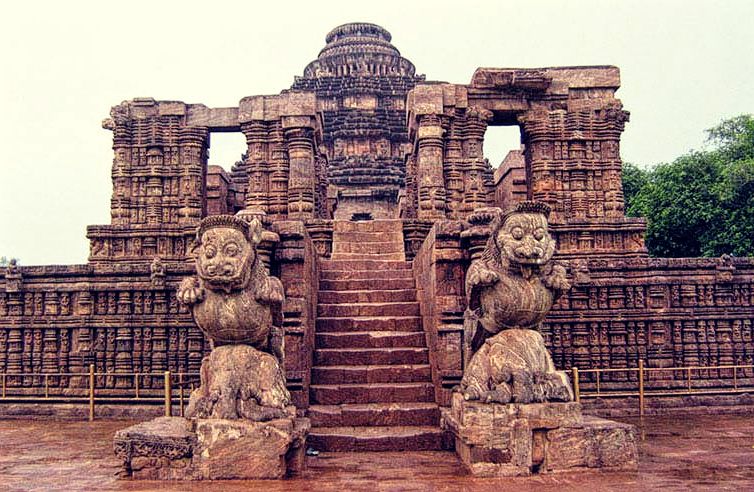 You can also see many magnificent pieces of art which are engraved on the walls of the temple like flowers, aquatic monsters, Kamasutra positions, etc. Konark Temple is a mark of success and devotion of the king Narshimhadeva. It is also a great piece of art that has a beautiful history and holds a special place in Indian History.

How to reach Konark Sun Temple

Konark Sun Temple is situated in Konark, a town in the district of Puri in Odisha. It is approximately 80 km from Bhubaneswar and 35 km from Puri. Konark is famous and must-visit tourist destination owing to the Sun Temple and thus it is well-connected to Bhubaneswar and Puri by buses and taxis. The easiest way, however, to reach Konark is to rent a cab. 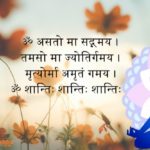 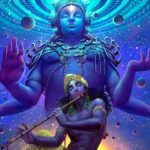