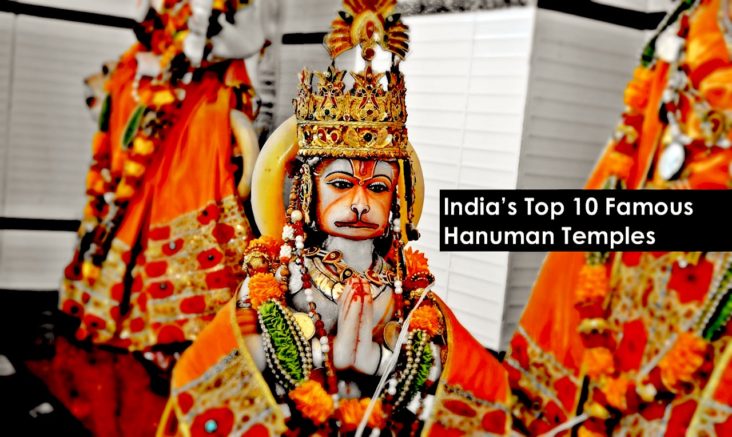 India is the home of different cultures, traditions, customs and known for many tourist attractions including historical sites, monuments, temples, and religious places. Here we can see many beautiful and magnificent Lord Ram, Krishna, Shiva or Hanuman temples are constructed for major Hindu deities which are having unique architectural essence.

Lord Hanuman is one of the primary deities for the Hindu people, who is the incarnation of Lord Shiva and an ardent devotee of Lord Rama. In India, we can see several Hanuman temples and statues are installed. Whoever worships Lord Hanuman with full faith and devotion, he takes away their afflictions and fulfills their desired wishes.

If you are a calm religious traveler and an ardent devotee of Lord Hanuman, looking for information on temples. Then this article will be helpful. Because in this article we are going to tell you India’s most famous and Miraculous Hanuman temples. 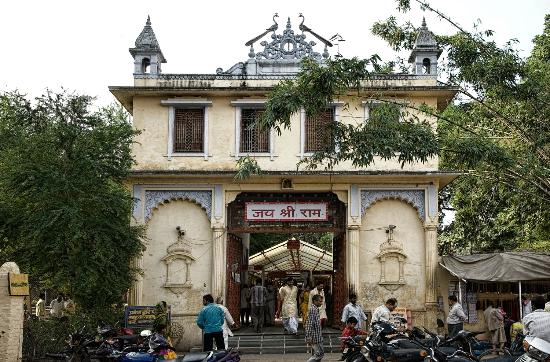 This Hanuman Temple is located in Varanasi. There is a belief about this temple that the idol of Lord Hanuman installed here was revealed by the penance of Goswami Tulsidas. With the mere sight of Lord Hanuman, he fulfills every wish of his devotee. 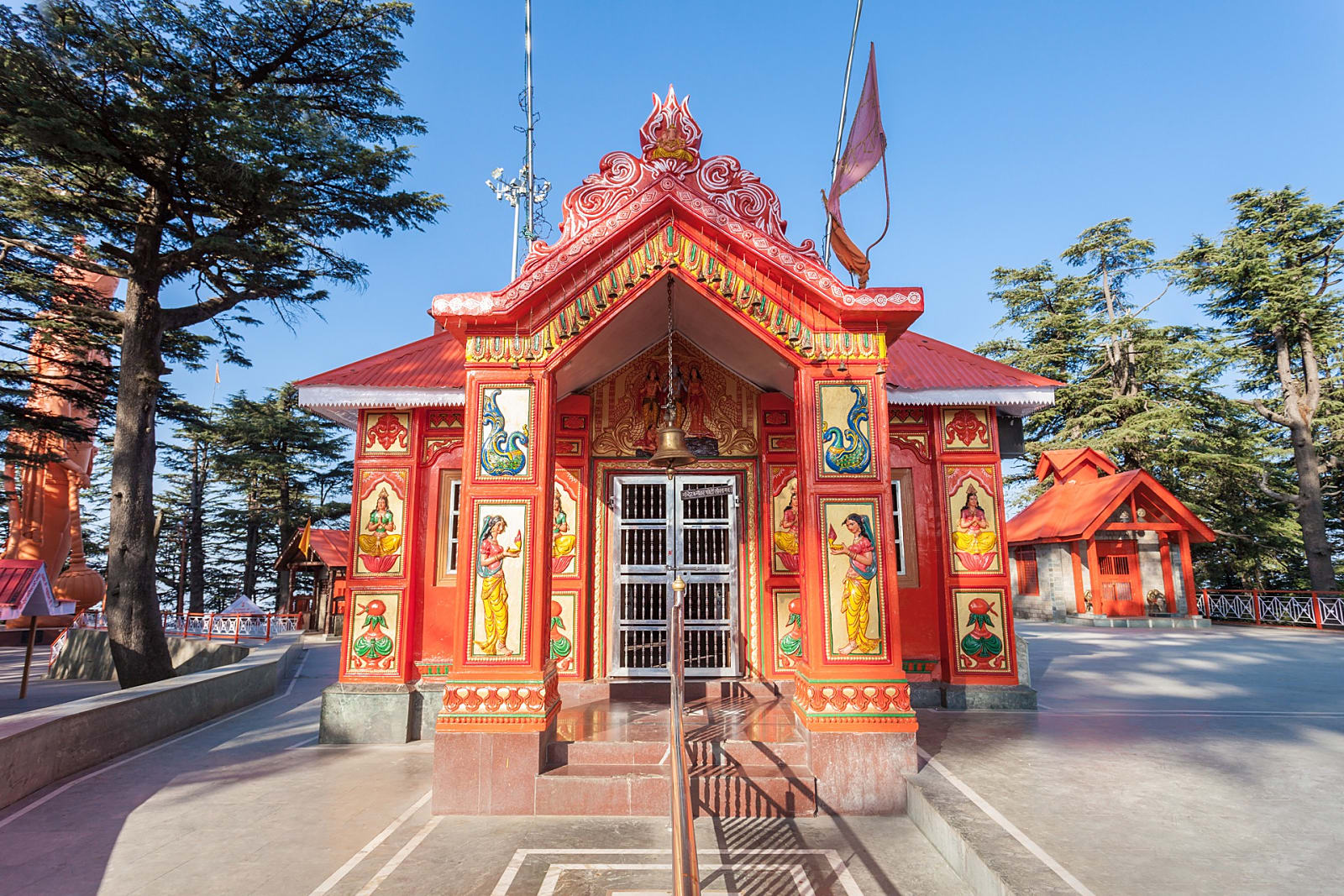 This Hanuman Temple is a world-famous temple situated in Jakhu, Shimla. where people from all over the country and abroad come to visit. A huge 108-feet tall statue of Hanuman has also been installed in the premises of Jakhu temple itself, which you can see from anywhere in Shimla.x` 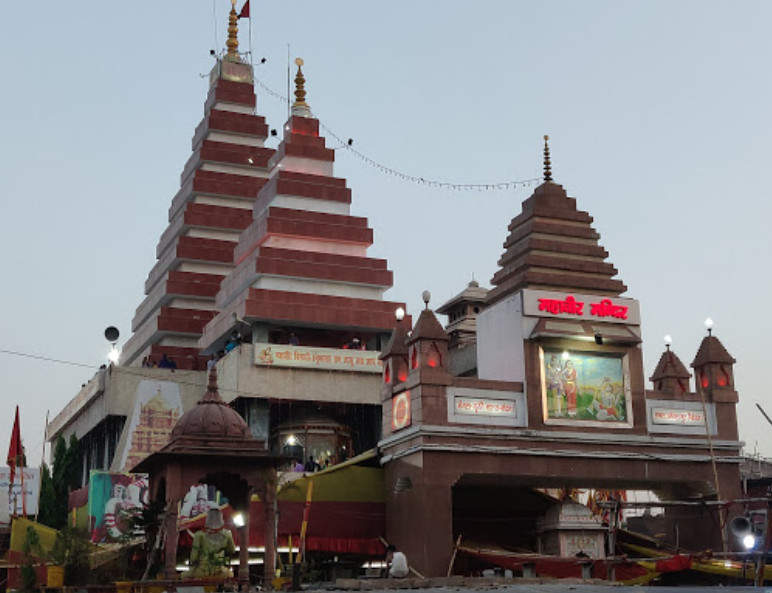 Mahavir Mandir is one of the famous temples in India and dedicated to Lord Hanuman, which is located in Patna. Two Idols of Lord hanuman is Installed in this temple. One Idol of Hanuman is to fulfill the Desires of Good people and other idols to Destroy the wicked people. Thousands of devotees visit this temple to fulfill their desires.

One more specialty of this temple is that the stone of Rama Setu is kept in a pot that weighs around 15 kg and it stills floats in water.

There is a Miraculous Hanuman Temple in Jamnagar in the State of Gujarat in the Southeast of Ranmal Lake where Ram Dhun has been resonating for almost 50 years. Today people recognize it as being part of the Guinness Book of World Records. 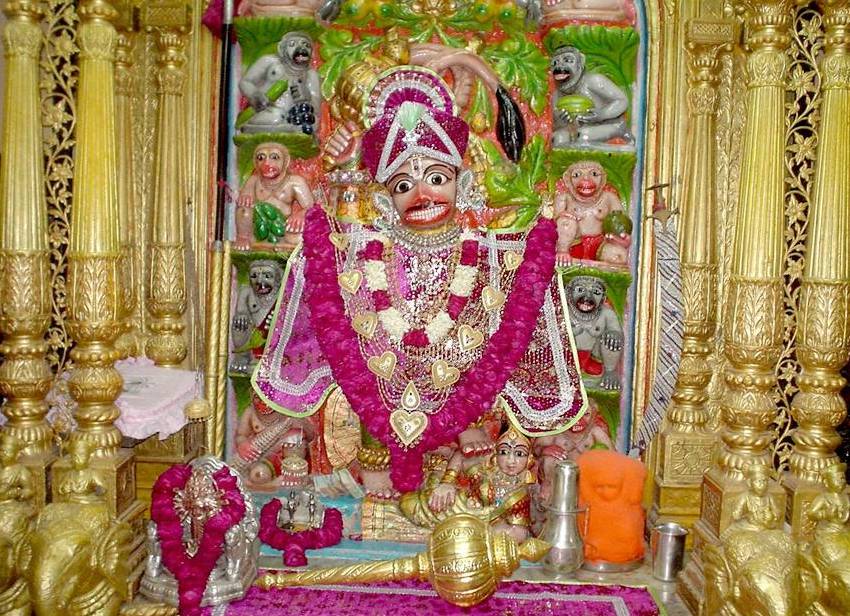 Shri Kashbhanjan Hanuman Temple is Situated in Sarangpur, Gujarat. One special thing of this temple is that here, along with Hanumanji, Shanidev is also enthroned in female form. Shanidev is seated at the feet of Hanuman.

If you have Shani doshas in your horoscope, then all the doshas are eliminated by worshiping Lord Hanuman. Due to this, the temple is crowded with devotees throughout the year. 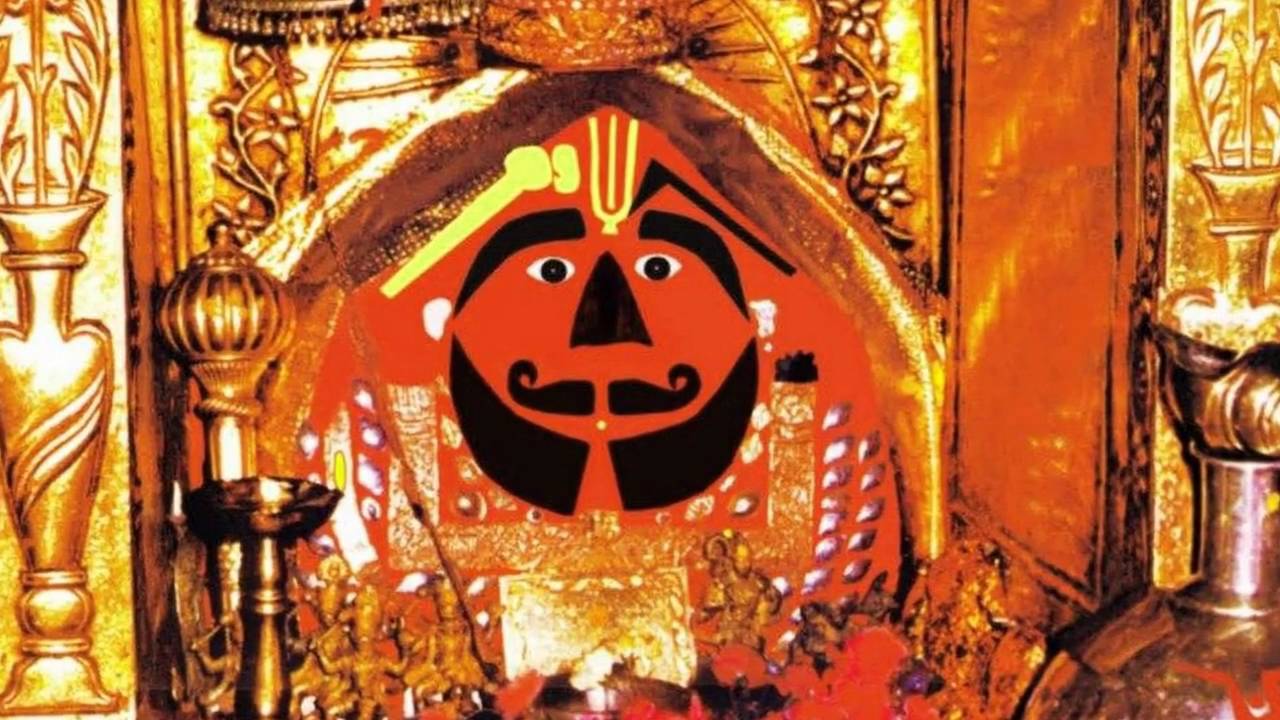 In this Temple, Lord Hanuman is also called Balaji. This Unique temple is located in Salasar town of Rajasthan. You can fulfill your wishes by Worshiping here. 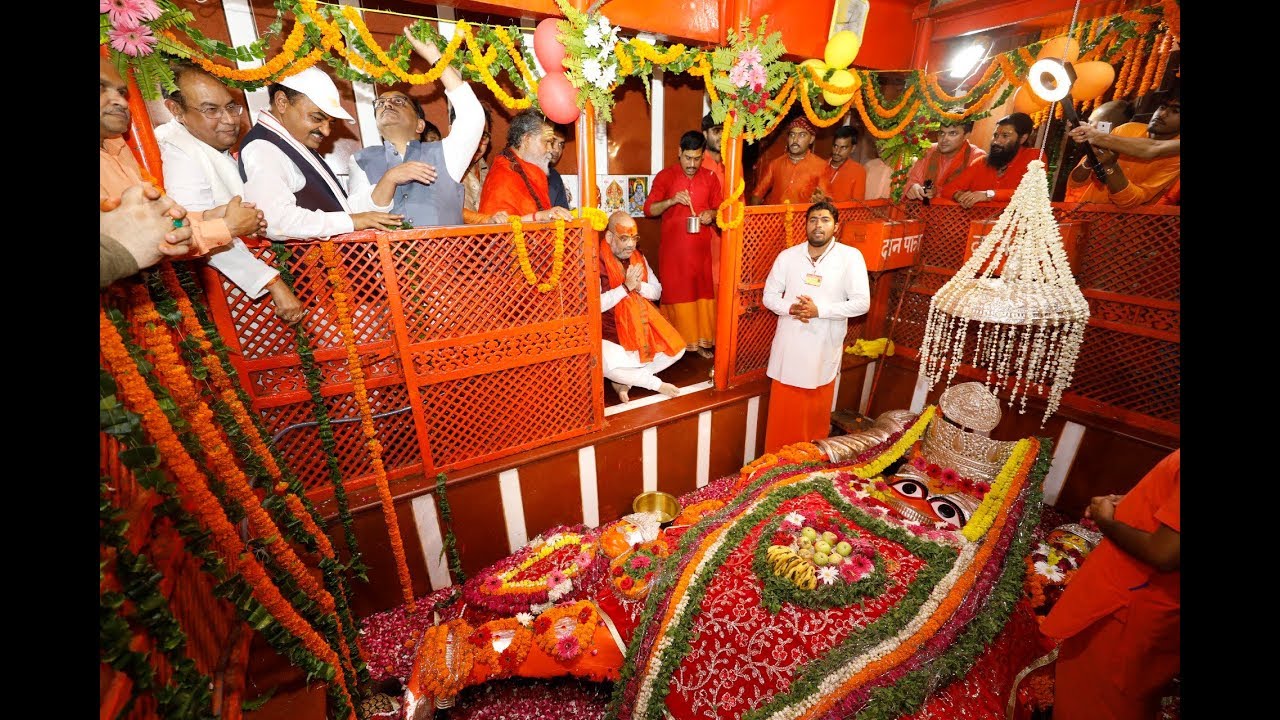 This is the only temple in India where a lying idol of Lord Hanuman is Worshipped. It is situated in Allahabad on the banks of Sangam. The Statue is about 20 feet. Many devotees feel blessed after Praying to this Lord Hanuman. 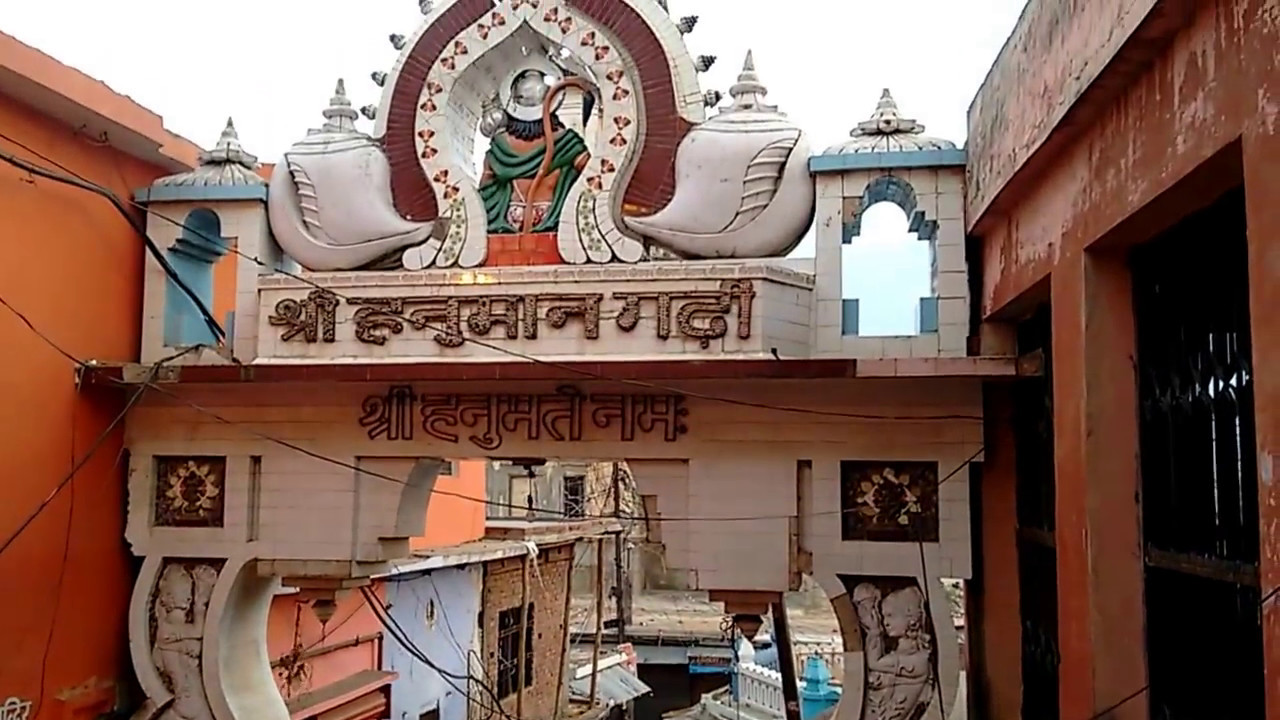 This temple is famous as Hanumangarhi is present in Ayodhya. To see Lord Hanuman in this temple, one has to climb 60 steps. Every wish is fulfilled here.

Bet/Beyt Dwarka Hanuman Temple is located in Bet Dwaraka Island which is flourished near Lord Krishna temple. In Gujarat Beyt means Island. All kinds of problems are overcome by just seeing Lord Hanuman in this temple. 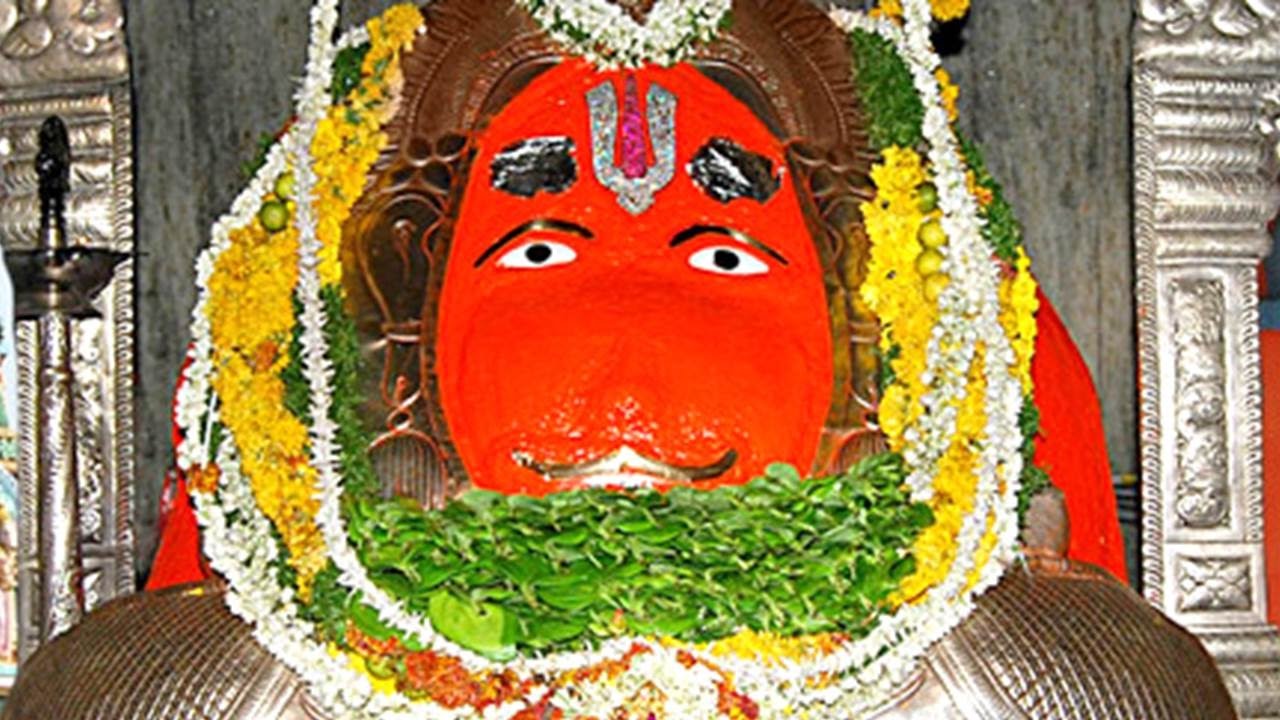 Karmanghat Hanuman Temple is one of the ancient temples in Karmanghat City, Telangana.
Whoever worships with full of devotion, Lord Hanuman keep him away from all obstacles. 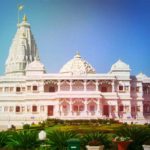 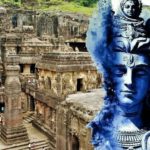