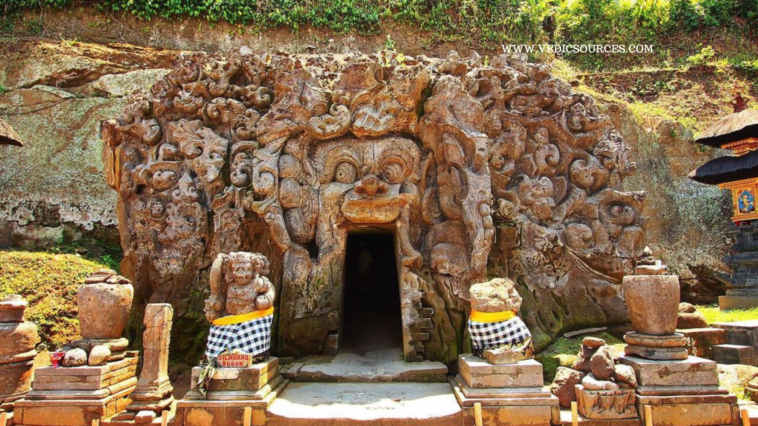 Hinduism is the fourth most followed religion in the whole world. When talking of Hinduism, the first thing that comes into our mind is India. In India majority of people are Hindu. But the Hindu culture is not limited to India only. Our culture is present everywhere. Hinduism has rich culture, heritage and glory in it. Almost every country in the world has a population of Hindu in it. One such beautiful country is Indonesia. Indonesia or more popularly known as “The republic of Indonesia” is present in southeast Asia and is an Oceania between Indian and Pacific Ocean. It was named in Greek as Indos means India and nesos means island.

It is a country with rich diverse and naturally filled beautiful heritage sites. According to census 2018, 1.7 percent of Indonesian population follows Hinduism. Hinduism is one of the six official religions in Indonesia. There are many Hindu heritage sites present in Indonesia which you must visit. Hindu temples in Indonesia are one of the most visited cultural sites and tourist attraction point in the native. Thousands of devotees visit the temples annually. So, let’s gain some knowledge about our culture and heritage present abroad. 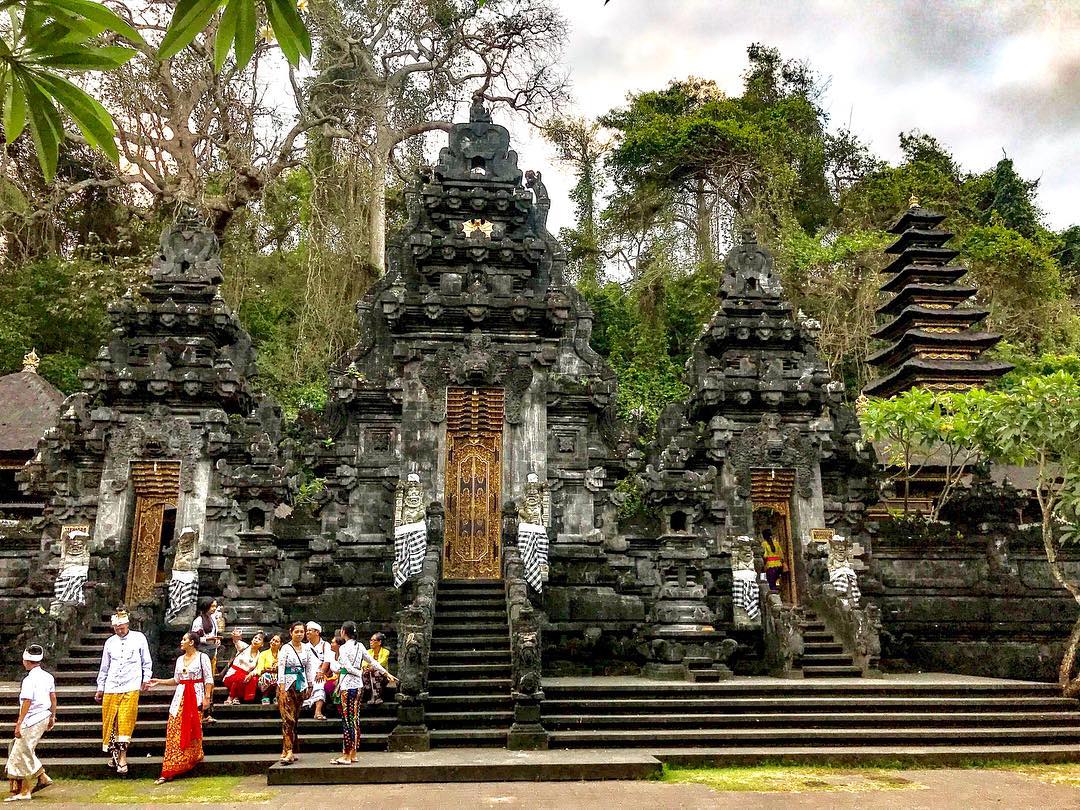 Another famous name of this Hindu temple in Indonesia is bat cave temple. This place belongs to one of the six most sacred places in the world and a highly visited tourist attraction spot. The scenery here along with the caves and natural habitat of Bali makes it a real heaven. This is a 15th century temple. The architectural design has three chambers with three pavilions in outer chamber. The inner sections have three Pelinggih Meru one of which is dedicated to Lord Shiva. 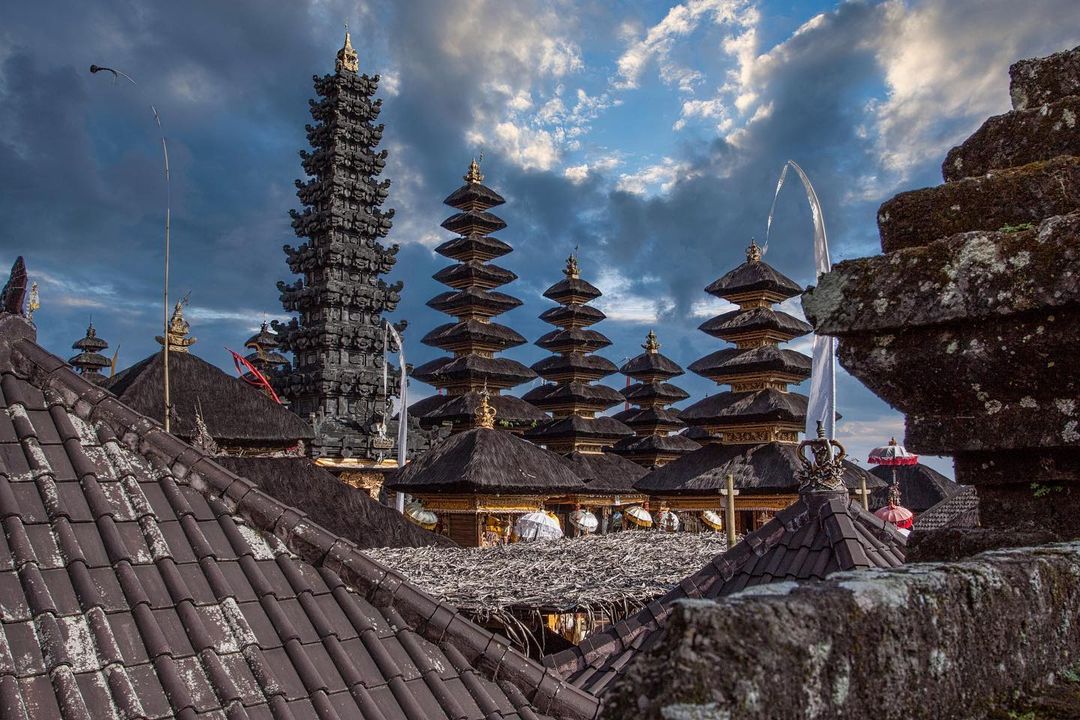 This Hindu temple in Indonesia is located on the slope of mountain Agung in Bali. It is believed to be at least a 2000-years-old heritage site. This temple magnificently represents the Hindu trinity Gods (Lord Shiva, Lord Vishnu and Lord Brahma). It is a complex of 23 temples. There is a structure here that mimics the Hindu sacred mountain Meru which is believed to be the home to all Gods. This structure is the most attracted place for any tourist. 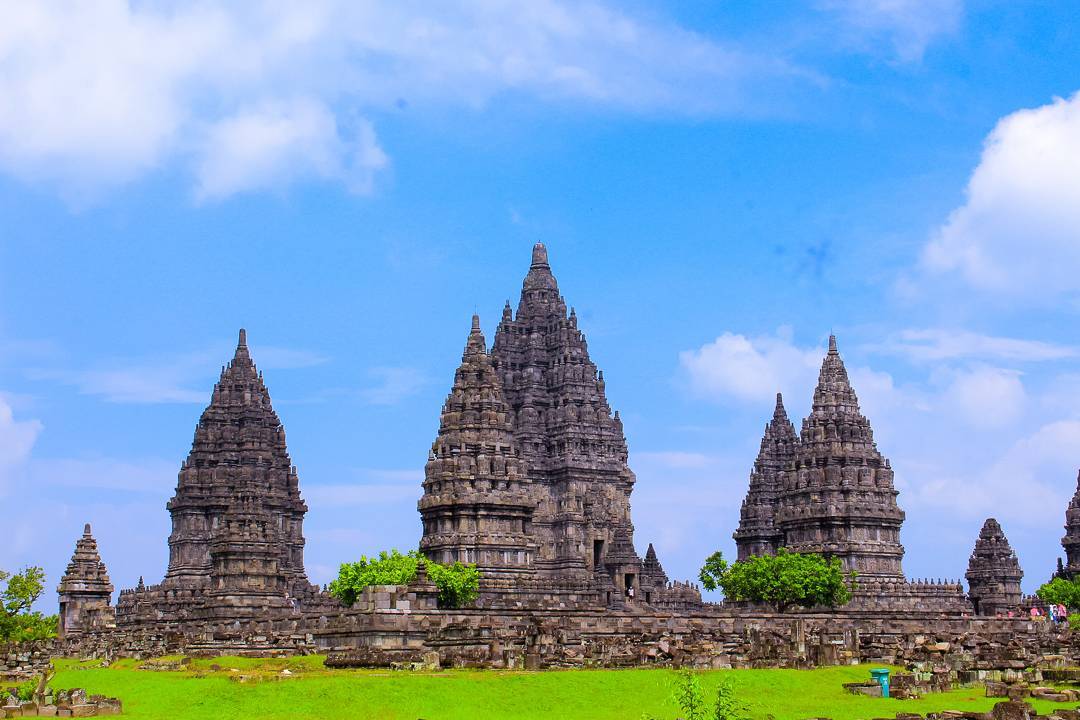 This is the largest Hindu temple in Indonesia. This is a 9th century sanctum built between central Java and Yogyakarta state. It has secured a place in UNESCO world heritage site list. It is dedicated to Hindu trinity of Gods. The classical architectural details and ancient art brings life into every part of the temple. 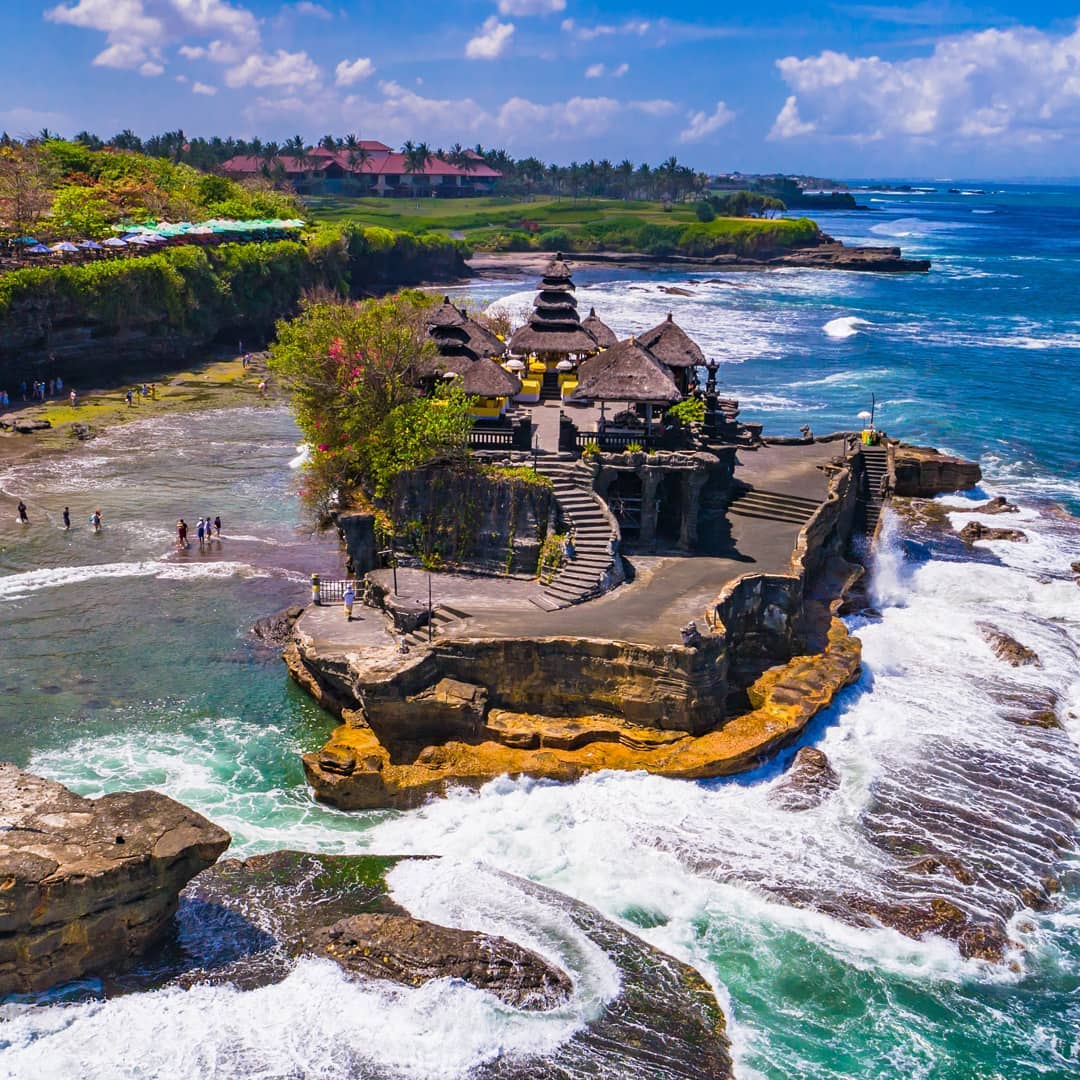 This is a highly versatile visiting place and the Hindu temple in Indonesia dedicated to Lord Varuna, The deity of water. In the Balinese language Tanah lot means land on sea, which describes the location of the temple. This place is romantic, scenic and nature dominated paradise. It has a calming and soothing picturesquely beautiful view which pulls visitors towards it. 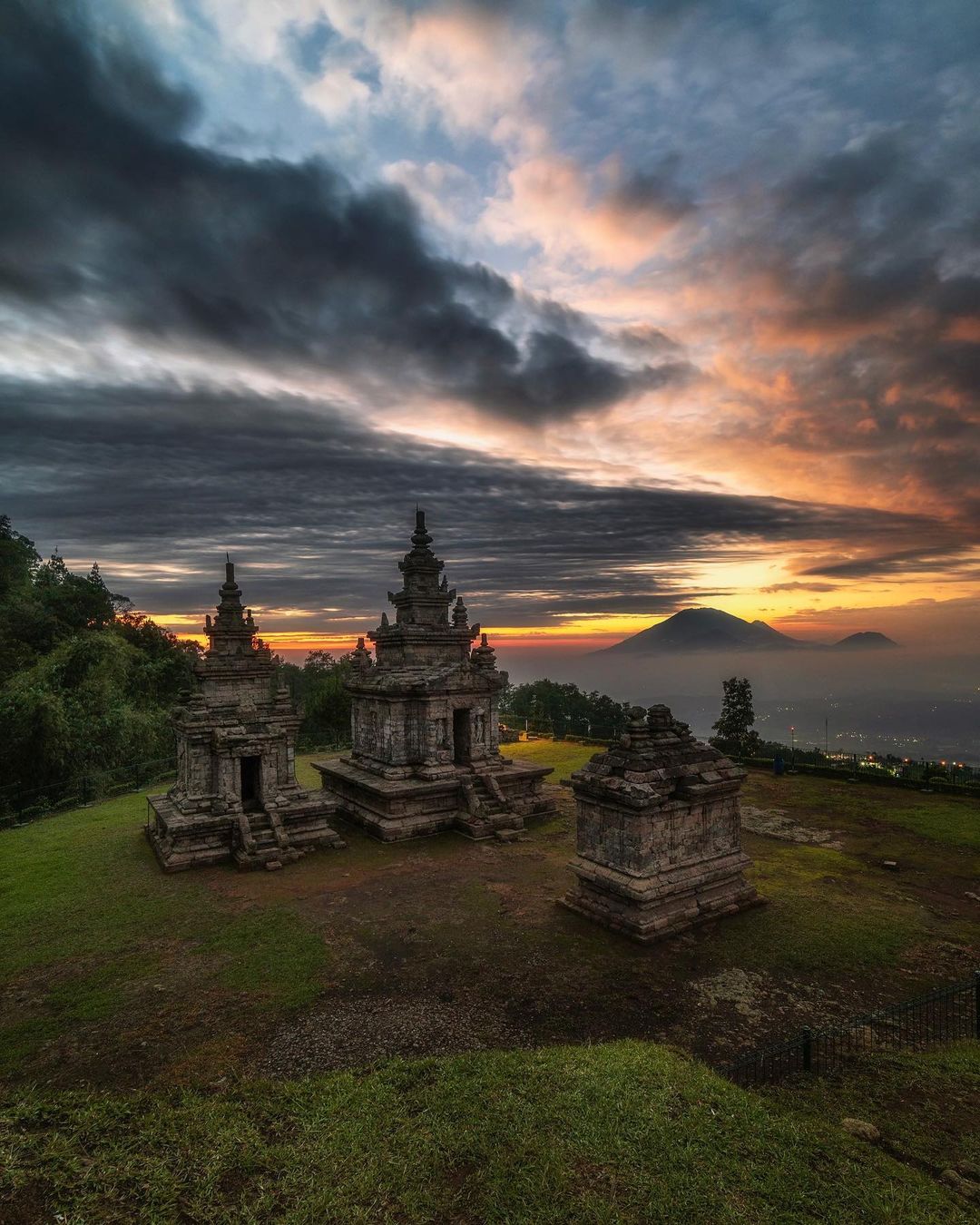 Around 1270 meters above from the sea level on mountain Ungaran lies this Hindu temple in Indonesia which is a complex consisting of five temple groups. The trace of its formation goes back to 9th century. It is located near Semarang in central Java. Nine temples inside the complex are where Lord Shiva and Goddess Parvati are worshipped. The place is surrounded with panoramic hills and thick forests. You can also hire horses to explore the place better. 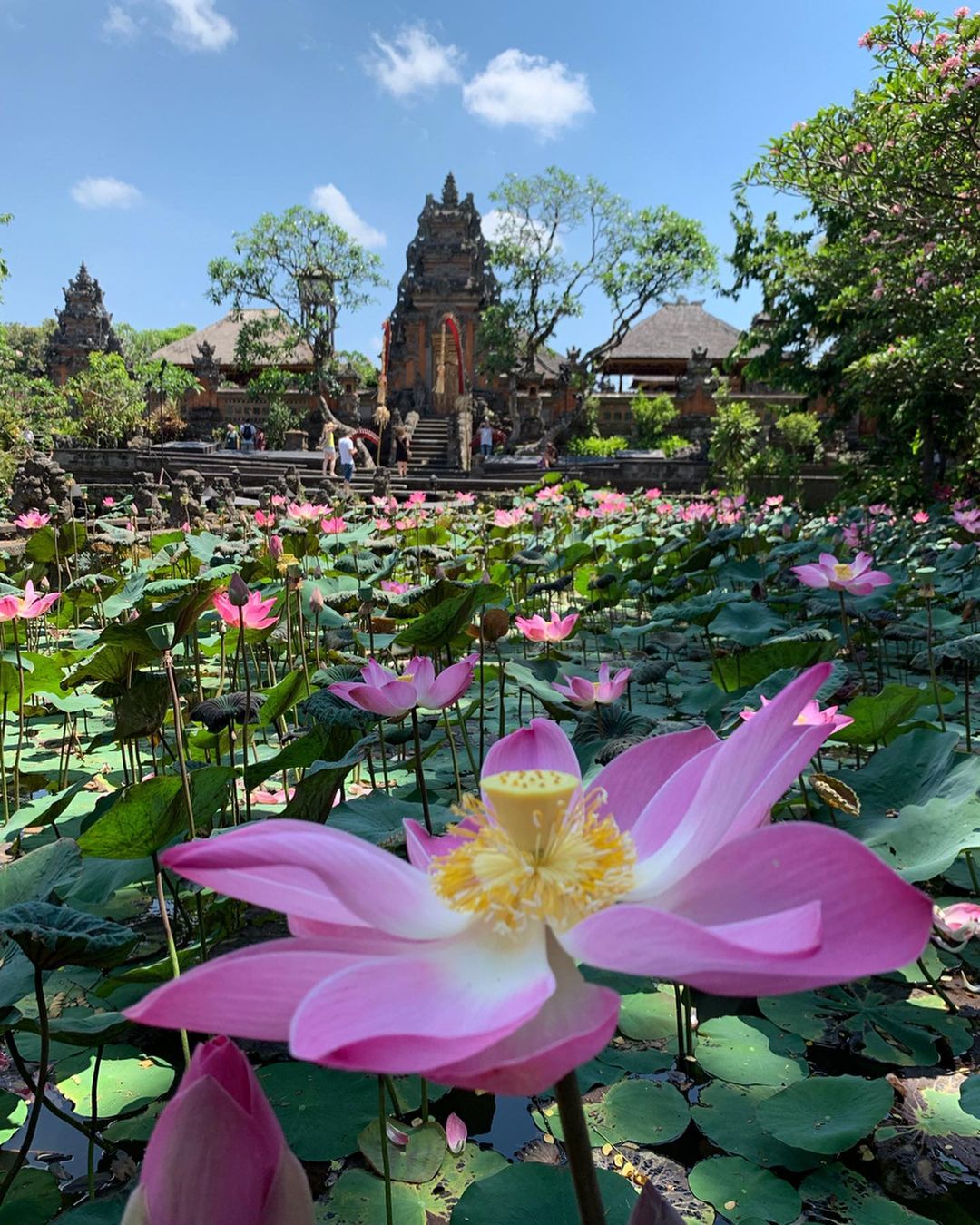 As the name suggests this Hindu temple is dedicated to Goddess Saraswati. This place is in famously been called as the Ubud water palace. Goddess Saraswati is the deity of wisdom, speech, art and knowledge. This masterpiece dates back to 1951 in formation and is located in Ubud, Bali. The prince of Ubud under his reign created this great sculpture beauty. The mind-blowing architectural design was done by the famous architecture I Gusti Nyoman Lempard. 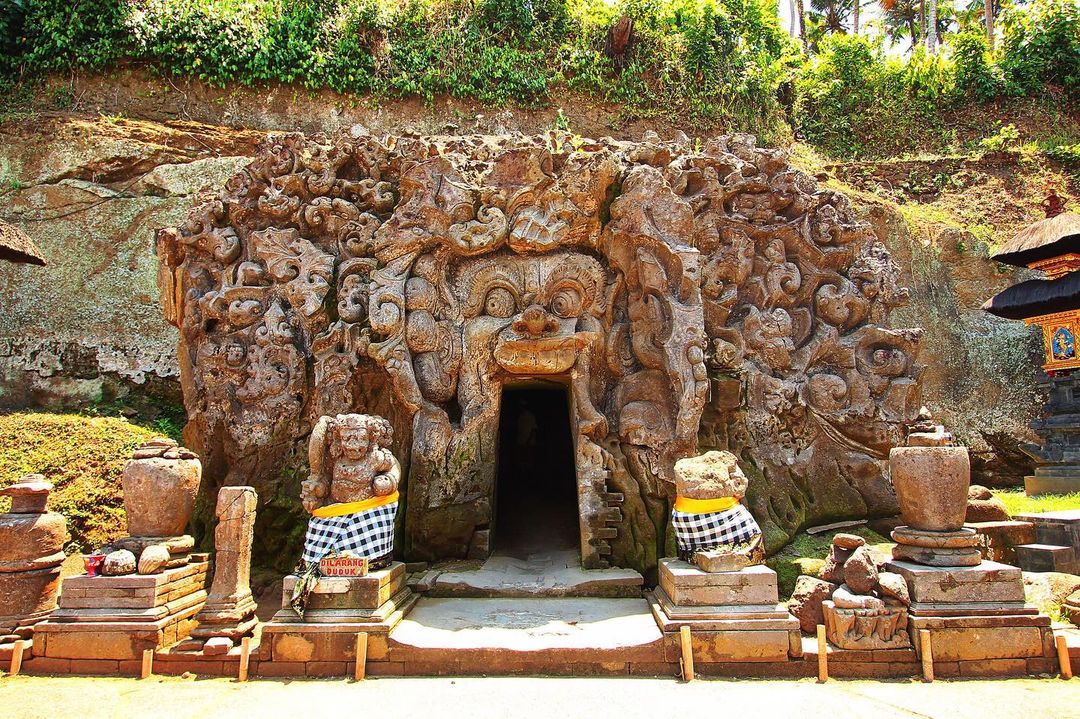 This place was once listed in UNESCO World heritage site in 1995 but was later removed in 2015. This is an Elephant cave temple. It’s history of formation goes back to 9th century. Located in Bedulu village, which is 6km from Ubud, Bali is a massive tourist attraction due to ancient bathing pools, enticing rice fields and beautiful parks located nearby. In the inside of the temple there is a statue of Lord Ganesha at the left entrance and Shivalinga at the right entrance hall. Its archaeological details are the true beauty.

The capital of Sumatra is Medan, where the oldest Hindu temple in Indonesia is located. It was built around 1884 in Kampung Madras which is considered as the mini-India in Indonesia. The temple is the worship place of Goddess Mariamma who is the Hindu deity of rain. This place has a big hint of south Indian culture and architecture. The temple is also devoted to Lord Ganesha and Murugan swami. The entrance gate has gopura decoration. 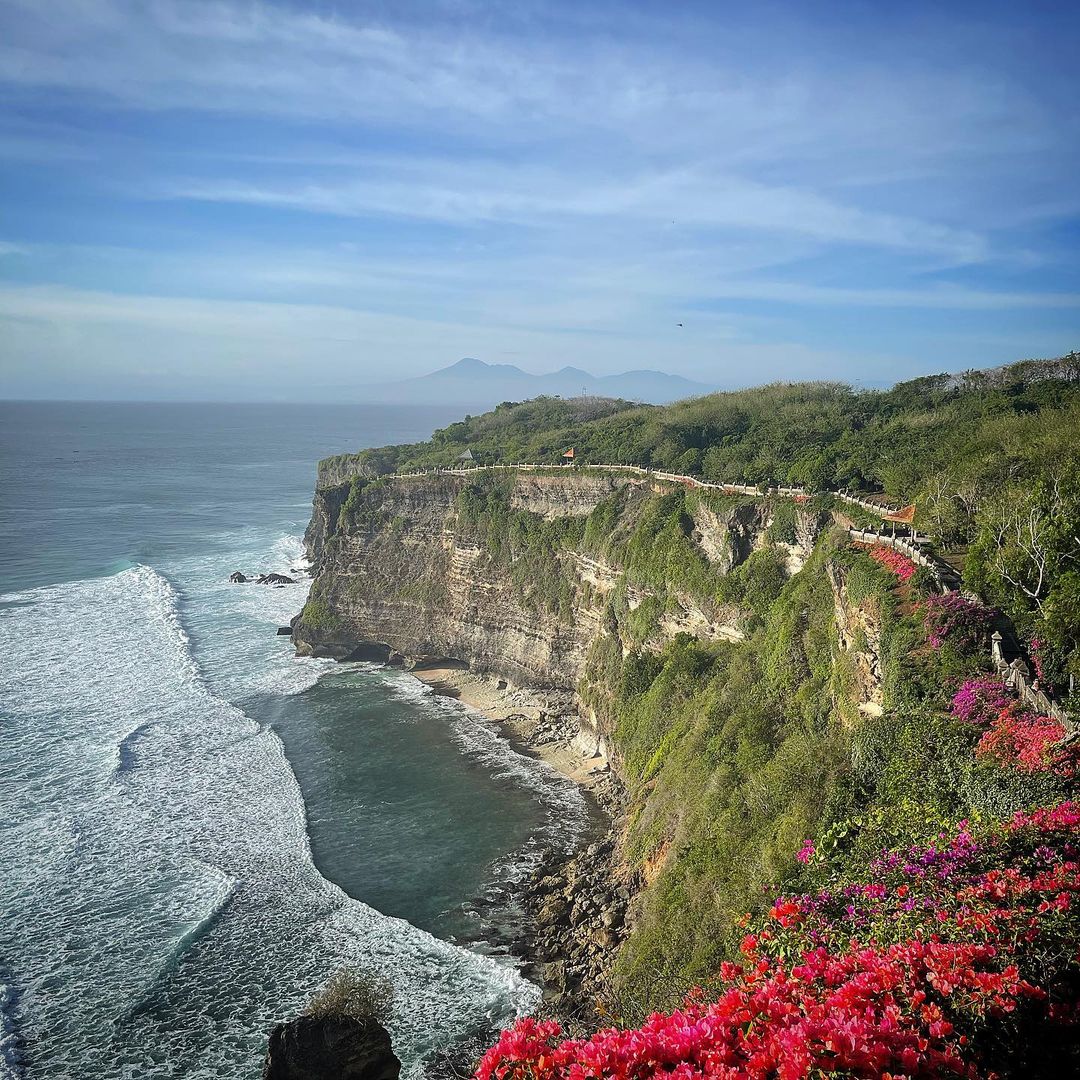 This temple is located on the edge of the cliff on Uluwatu sea and hence the name. This temple worships Lord Rudra, the mighty and ferocious form of Lord Shiva. At 6 pm “The Ramayan” epic is performed in dance form. 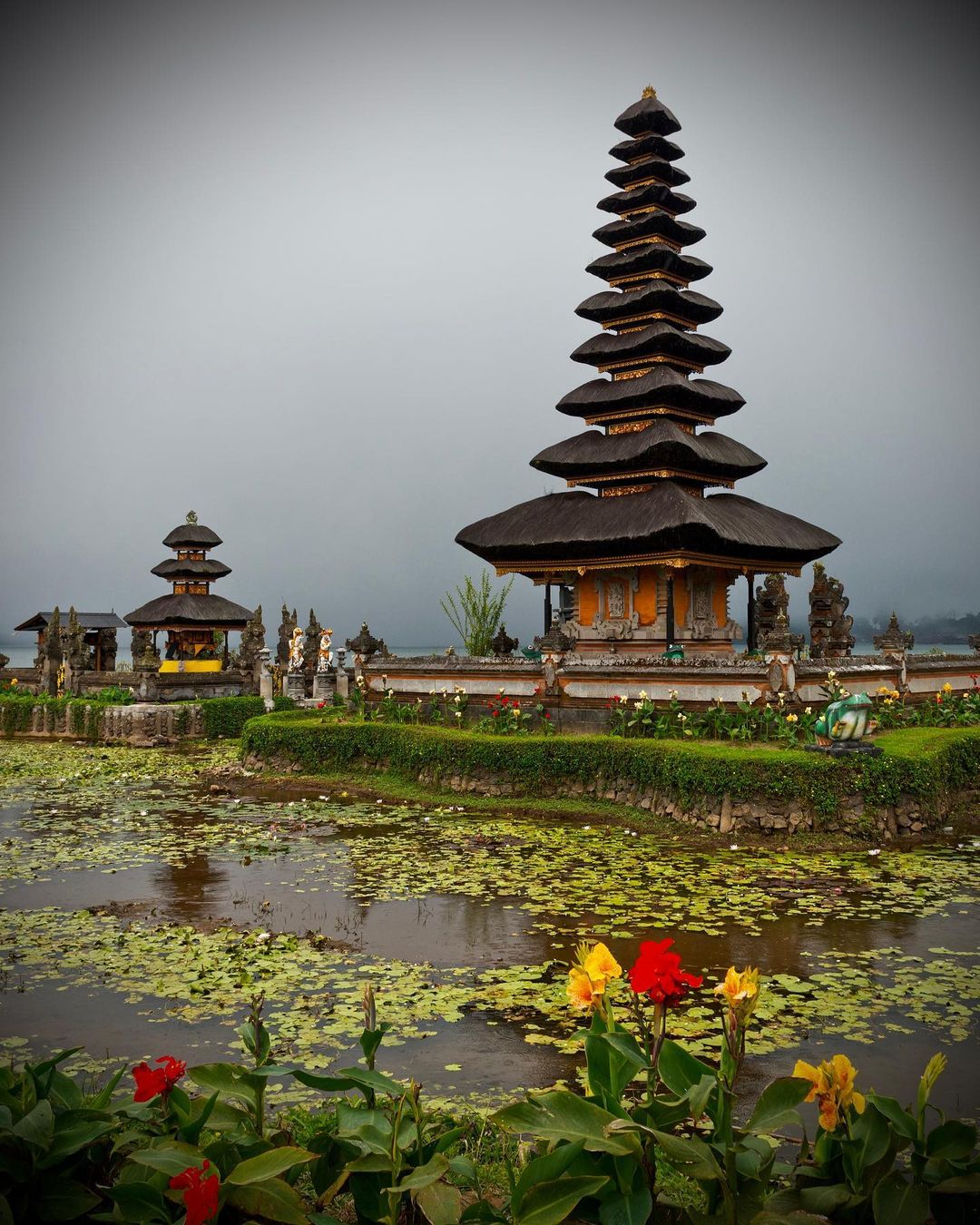 It is located near an active volcano on mountain Batur in Batur village. This temple is the worship place of Lord Vishnu and deities of lakes and rivers. 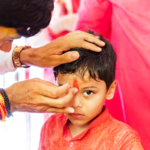 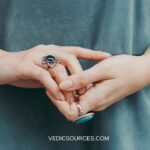