In your entire life, at least once you must have come across the term mantras. You might have heard it on television or through your parents. You must have thought about it as something which is related to astronomy and mostly orthodox. But the reality is different, these Vedic mantras are recognized in the Vedic astrology as a remedy to solve intricate problems arising due to planetary placements, aspects, conjunctions and planetary periods( dashas) alongside with Yantras and Gemstones.

Vedic Life was focused more on science rather than supporting orthodox beliefs and these mantras have some or the other meaning and science behind it. Mantra is a combination of syllabus which has been framed in such a way that, when used properly, it concentrates universal energy into the individual spiritual energy. The essence of the mantra is called ‘Root Word’ and the power generated by it is called ‘Mantra Shakti’. Each root word is related to a particular planet or planet lord.

Mantras are the sound of POWER. They alert your subconscious mind, awaken consciousness and direct you towards your goals and desires. Bagalmukhi Mantra is one of these mantra’s which have the ability to help and guide you. 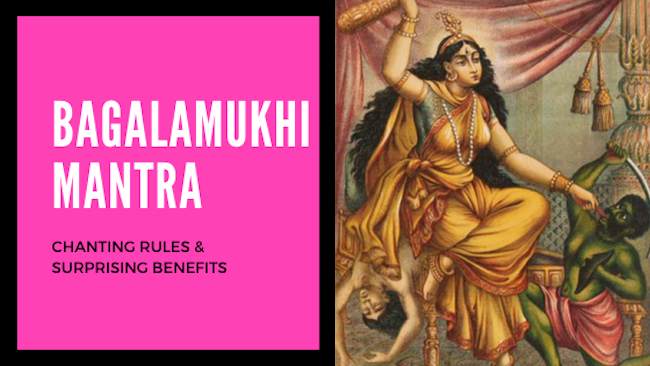 Bagalamukhi mantra is the ultimate weapon to conquer and win over one’s enemies. You can have a number of enemies in your lifetime, sometimes they are hidden inside you only. In such a period of crisis, this Bagalmukhi Mantra can come to your rescue if used correctly. Those who feel like an injustice has been done to them by their enemies can take refuge in this mantra. A sincere chanting of this mantra can give instant relief and ultimate protection. One of the most important benefits of this mantra is relief from sorrow and mental afflictions. It helps to bring in more positivity in your life. As you keep chanting this mantra, you will feel the burdens of your heart are greatly relieved and you will start to feel light, relaxed and confident. Bagalmukhi Devi is the eighth of the ten Mahavidyas. Baglamukhi Mantra evokes innumerable advantages for all-round protection, prosperity and even offers protection against diseases and chronic problems and even accidents. Regular Japa of the Baglamukhi Mantra is said to paralyze the ego and actions of a person who tries to harm us.

Rosary to be used for Chanting Bagalamukhi Mantra

The Baglamukhi mantra must be chanted by using Haldi Mala. Haldi Mala (rosary) is made of bulbs of Turmeric which is considered one of the most purifying herbs in Ayurveda. Turmeric Mala is used to perform Anusthan (special prayers) and destroy enemies and succeed in lawsuits. It is associated with fertility. It is considered auspicious for getting victory over enemies. It contains 108+1 beads and is used mostly to pray Goddess Baglamukhi. Its benefits are as follows: Haldi as an herb has a lot of proven medicinal properties, that help in ailments like Cancer, bone problems, cough and colds, increasing immunity and even in Jaundice. Furthermore, you can easily purchase it online or from any local shops you know.

Flowers to be used for Baglamukhi Mantra

The flowers mentioned in the Vedic mantra to use during the Japa of Baglamukhi Mantra are Peet Pushp, Peet Aasan, and Peet Vastra. If you google it, you will come to the conclusion that all these mean flowers which are yellow in color.

How many times to recite the Baglamukhi Mantra

The ideal count for Baglamukhi Mantra is 1,25,000 times. While chanting, place a picture of Bagalmukhi in front of you and concentrate on the form. Reciting or doing Japa in such a way would help you in the long term.

The best time to chant the Baglamukhi Mantras is early in the morning. One must sit on the wooden plank or a mat after taking a bath. Carry a rosary, mostly the Haldi Mala ( rosary ) , select your mantra and chant it. The other best time or muhurta is given for chanting Bagalamukhi Mantra is Sukl Pakch , Chadravali , Subh Nakshatra, Subh Titjhi and Ratri Samay. 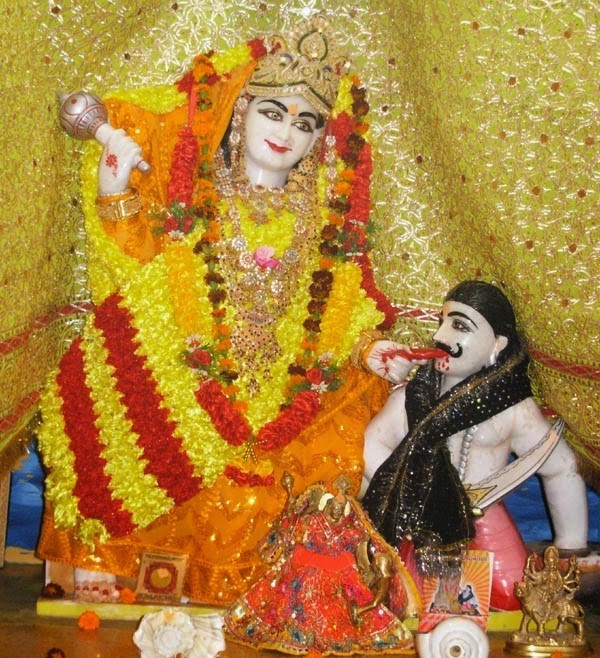 The deity of Bagalmukhi Mantra-

Devi Bagala is the deity of Bagalamukhi Mantra. She is also called “Vagalamukhi”, ” Bagala” or “Vagla” literally meaning a ‘rope’ or a ‘bridle’ that is put in the mouth to control the movements of tongue and ‘Mukhi’ means ‘faced’.The Devi has 108 different names (some others also call her by 1108 names). Bagalamukhi is commonly known as Pitambari Maa in North India, the goddess associated with yellow color or golden color. She rides on Bagula(crane) bird, which is associated with Concentration, a pearl of great wisdom.

Bagalamukhi is known by the popular epithet Pitambara-Devi or Pitambari, “she who wears yellow clothes”. The iconography and worship rituals repeatedly refer to the yellow color.

The temples of Devi Bagala can be found in various states throughout India, from Karnataka to Assam and even in Nepal, the Devi Bagala is worshipped almost everywhere for strength and protection.

Bagalamukhi is one of the ten forms of the wise Devi, symbolizing potent female primeval force. The main temples dedicated to Bagalamukhi or Bagala Devi are located at Kamakhya Temple, Guwahati, Assam and Kangra, Himachal Pradesh.

It’s well known that Bangalamukhi Mantra is believed to have miraculous powers and helps to ensure victory over enemies. If anyone is facing any problems in their life because of certain individuals or other forces can definitely use this mantra for relief. Additionally, it’s also believed that recitation of this mantra before any important event can help you face it more effectively and the outcome turns out to be more positive. For instance, in the case of any court hearing or for the ones appearing for competitive exams and debates, etc. Baglamukhi Mantra also helps in warding off evil spirits and the evil eye.

It is believed that Devi Baglamukhi has the spiritual power to paralyze an enemy’s speech. Bagalamukhi is great to call when there lies and gossips are floating around us. Bagalamukhi is also called “Brahmaastra” and Stambhan Devi.

Bagalamukhi Puja is performed with a specific count of chant or Jaap of Shri Bagalamukhi Mantra. It is a very complex puja and should be undertaken under the advice of Pandit or Guru.

The Bagalamukhi Mantra is as follows, make sure to follow the above-given steps to recite it properly and bring positive changes in your

life. You can get the mantra online and can also download the audio to help you out with pronunciation.

Hence, if you’re currently facing any problems in your life of any type, then this mantra is surely made for you. Sometimes, one needs to think beyond science and focus on forces and vibes. 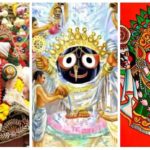 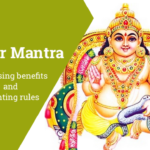