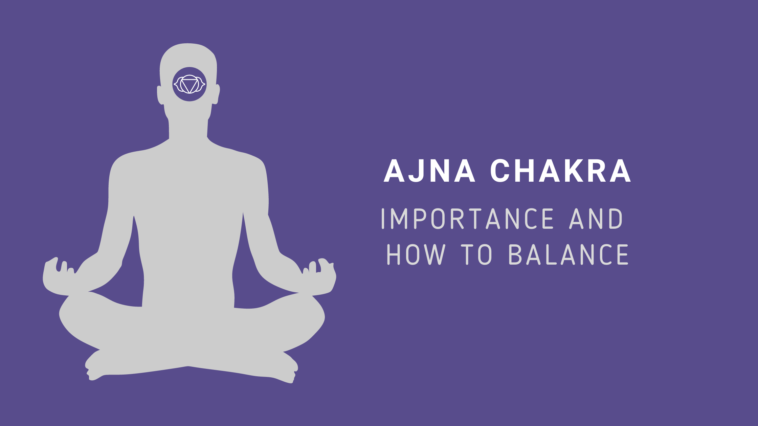 Each of the seven chakras is located at the different parts of the body from the base to the top of the head. For example- The root chakra is found at the base while Sahasrara Chakra is located at the top of the head. And these Chakras are responsible to control the function of the body organs of their particular area. But if any of the 7 chakras are closed or gets blocked, it affects the remaining chakra and disturbs the whole function of the body. And that’s the reason, every chakra is important for the human body.

Ajna chakra is- the sixth primary Chakra and is one of the most important chakras.

This topic will cover

What is the Ajna chakra?

According to Hindu tradition, the Ajna chakra is the sixth primary chakra in the human body. Ajna chakra is also known as the third eye chakra as it is located in the center of the head between the eyebrows. Ajna or third eye chakra is associated with human perception, wisdom, intuition, and self awareness. This chakra is linked to your sixth sense, how you respond to it. Moreover, the Ajna chakra also represents visualization and imagination. According to Hindu tradition, it is also believed that the Ajna chakra signifies your subconscious mind and connects to your reality. During performing asana, you must have observed that the Ajna chakra is the focal point and builds an inner vision to connect with the world. It motivates and encourages us to focus on our aim and helps to avoid distractions.

What is the important role of the Ajna chakra in the human body?

Ajna chakra is associated with the element light and the main color of Ajna or third eye chakra is indgo. The color indigo which is almost dark blue represents night and wisdom. Moreover, it is believed that it uplifts your concentration and shows the right direction for your future. The balanced Ajna chakra channels the flow of energy to your conscious and intellectual mind.

As mentioned before, it is located at the center of your head and it also controls the function of the brain, eyes, nose, and neurological system. Apart from this, the Ajna chakra also deals with your ideas, wisdom, intelligence, and enlightenment. When Ajna chakra is awakened it helps you to visualize the inner and outer world and connects you to spirituality.

How to balance the Ajna chakra?

When the Ajna chakra is balanced and aligned, it governs the function of the head, ear, nose, and neurological system and that is why it is considered a very important chakra for the human body. But sometimes, the Ajna chakra goes out of alignment and it leads to a lack of focus and aim. An imbalance Ajna chakra often results in physical problems like depression, nightmares, headaches, and deafness. Moreover, the blocked chakra also makes you feel lost and also face physical and mental difficulties.
There are different ways to open the Ajna chakra and make it function properly. And among those ways, Meditation and asana practice is the best way to deal with unbalanced chakra. Practicing yoga every day is good for the human body as it not only makes you physically strong but also good for mental health.

There are some postures to balance the Ajna chakra-

How will you get to know that the Ajna chakra is unbalanced and out of alignment? There are some major symptoms in your body, mainly in your brain and eyes. When Ajna chakra gets blocked, you will feel lost and confused. You may observe the following symptoms-

Apart from the symptoms mentioned above, you will even notice some changes in one behavior. These changes are due to mental disturbance caused by closed Ajna chakra. You get mentally and emotionally weak in this situation. The behavioral impact due to imbalanced Ajna chakra is-

Our body works properly if the Chakra is balanced and awakened. As we mentioned, there are different ways to open the unbalanced chakra. And one of the best ways is to perform yoga. Ajna chakra is located at the center of the head And when it is aligned, it allows the energy to flow freely and make you mentally strong. Moreover, It connects you to the subconscious mind and builds awareness. 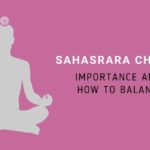